A man who made his pet dog suffer for almost a month, leading to its eventual death, has been fined $3,500.

Mr Ng Yeow Chian, 51, was fined in court last week for animal cruelty, after the Agri-Food and Veterinary Authority (AVA) received feedback that he had failed to take his pet dog, a miniature schnauzer, for follow-up treatment.

This comes even after it was diagnosed with serious medical conditions, including chronic heart disease.

The AVA said Mr Ng had caused the dog "unnecessary pain and suffering", by not taking it back for the scheduled review despite several calls from the clinic.

The AVA statement added that instead of animal prescription painkillers, "(the accused's family) inappropriately fed the dog aspirin tablets. The dog subsequently passed away".

After the initial vet visit in September 2017, the vet recommended that the dog either be treated, albeit without guarantee of recovery, or euthanised, the agency said. 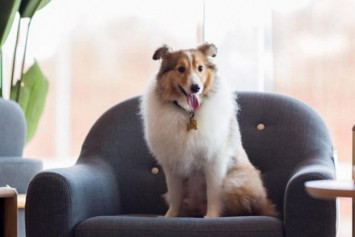 The family requested for time to decide.

They opted to take the dog home with temporary pain relief medication despite the vet advising against it given the severity of the dog's condition.

After the course of painkillers had been completed, the clinic called the family several times to convince them to bring the dog back for a review.

But they did not take the dog back, nor did they seek a second opinion, the AVA said.

The agency said: "On top of the health issues already identified by the vet, the dog had severe bladder stones that would have caused significant pain and suffering.

"We thus found this case warranted enforcement action as the accused failed to follow up to provide adequate pain relief to the dog, leading to its unnecessary suffering."

SPCA's executive director Jaipal Singh Gill said it was right that the dog owner was fined for his actions.

He added: "Pet owners should be fully responsible for the well-being of their pet.

"If a person commits an act of animal cruelty or neglect, it is the duty of the authorities to step in to ensure that the individual is held responsible for his or her actions."

On Sunday, The Straits Times reported that one out of three pet owners who plans to give up or has given up his pet does so for reasons linked to cost.

And these are usually medical-related, Dr Jaipal said.