Man 'groomed' intellectually disabled daughter for sex, claimed he was 'teaching her'

SINGAPORE - When a 24-year-old intellectually disabled woman told her father that she was physically attracted to members of a Korean boy band, he grew aroused, showed her pornographic videos, and later asked her to perform a sexual act on him.

The 60-year-old man pleaded guilty to two counts of incest on Wednesday. Two other similar charges were taken into consideration.

The man and his daughter, who is now 28, cannot be named due to a gag order protecting their identities.

Deputy Public Prosecutor Yvonne Poon said the victim was born out of wedlock and grew up in the care of her maternal grandmother. The victim’s biological parents got married in 2002, and the victim met her father for the first time when she was 14 years old.

She moved in with her parents when she was 19 years old.

Some time around Chinese New Year in 2019, the accused showed his genitals to his daughter and told her to massage them.

“He did this under the pretext of educating her sexually so that she would not get pregnant by other men,” said the DPP. The victim did as she was told.

Following that incident, the victim performed sexual acts on her father on at least four occasions. Most instances began with him scolding his daughter for unrelated matters, like when she accidentally broke his weight set while exercising.

She then performed sexual acts on him to apologise and in hopes of appeasing his anger.

Read Also
Man, 56, charged in court for having consensual sex with his adult daughter 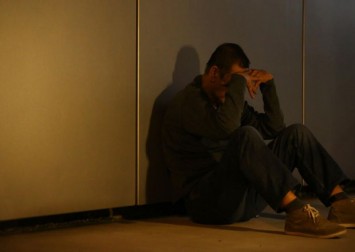 Some time in March or April 2019, the victim was chatting with her father and told him that she was physically attracted to members of a Korean boy band. He grew sexually aroused and showed pornographic videos to his daughter, telling her that this was how people engaged in sexual acts.

The accused then asked his daughter to perform a sexual act on him and said that he was teaching her so that she could get experience in sexual matters. He told her that if she serviced other men, they might harm her instead.

In April 2020, the accused and his daughter were eating together in their flat when she dipped her own spoon into a dish of food instead of using the serving spoon. He became furious and shouted at his daughter about her lack of hygiene and refused to talk to her.

Later that day, the victim told her father she was sorry, sat down close to him on the living room sofa and looked at his groin. The accused inferred that she was offering to perform a sexual act on him and pulled down his pants.

After she performed a sexual act on her father, he told her that she did a good job and reminded her to keep the incident a secret.

His offences came to light when the victim confided in her training officer at an organisation where she was volunteering.

The victim was subsequently assessed by a doctor at the Institute of Mental Health, who stated in her report that the victim understood that her father’s actions were not right.

However, she struggled to protect herself from her father’s actions because she depended on her parents as a result of her intellectual disability.

Seeking a sentence of three years for his client, defence lawyer Joshua Tong said the accused is remorseful for his actions.

“Since 2020, he has spent a lot of time reflecting on his acts, and he knows that what he did was wrong,” said Mr Tong.

In response, DPP Poon said they had a completely normal father-child relationship until the accused tainted this relationship by showing pornographic material to his daughter and even proffered his genitals to her for “learning purposes”.

There was an element of grooming and sexuality that would not have been present in the relationship if not for the accused’s actions, added DPP Poon, who sought a sentence of seven to eight years’ jail.

Principal District Judge Toh Han Li said he needed to take some time to consider his decision and adjourned the sentencing to Dec 23.