SINGAPORE - A 55-year-old man who sexually assaulted all three of his biological daughters at various points in time over a period of 14 years was sentenced to 33 years in jail on Tuesday (March 9).

The man, who worked as a cleaner, began targeting each daughter when they turned 11 or 12 years old.

He cannot be named due to a gag order to protect the identities of his daughters, who are now between 13 and 26 years old.

As a result of years of abuse, the two oldest daughters have been diagnosed with post-traumatic stress disorder. The second daughter also has major depressive disorder and will need psychological therapy in the future.

"The accused had caused significant physical and psychological harm to all three of his daughters and severely violated their trust in their own father," said High Court judge See Kee Oon during sentencing.

The man was diagnosed with paedophilic disorder and was found to have a high risk of reoffending. He cannot be caned as he is over 50.

Apart from the three victims, the man also has a son, now 17. 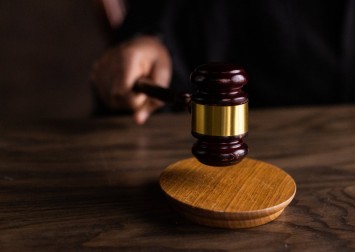 The court heard that the man started sexually assaulting the eldest daughter from when she was around 11 years old in 2005, after watching pornography.

Around this time, his second daughter turned 12 and she became his next victim.

For nine years, from 2010 to 2019, he raped her, made her perform oral sex on him and carried out other penetrative sexual acts on her.

These assaults took place a few times a week.

He last raped her in the kitchen on the night of Oct 19, 2019, while his wife was sleeping in the living room.

Both the eldest and second daughters did not tell anyone about the sexual assaults as they were scared of their father, who had warned them against doing so.

The girl knew he wanted to have sex with her, having seen him sexually assault her second sister and from her own experience of being molested by him in June 2018 when she was 11.

As she did not want to be raped, she shook her head and started crying.

"The accused became angry and frustrated but did not pursue the matter further," Deputy Public Prosecutor Norine Tan told the court.

The next day, the youngest daughter confided in her friends, who advised her to tell her teacher. The teacher then took her to lodge a police report.

The offences against her sisters came to light after they were interviewed by the police.

Eight other charges were taken into account during sentencing.

Prosecutors sought a total sentence of at least 35 years and four months' jail, which included a one-year term in lieu of caning.