SINGAPORE - A man was jailed and fined for attempting to bribe a Traffic Police officer and pushing the latter when his offer was turned down.

Tang Joo Yong, 73, was also caught driving while under disqualification and speeding, among other offences.

He was also disqualified for life from driving all classes of vehicles, said a joint press statement by the Corrupt Practices Investigation Bureau (CPIB) and the Singapore Police Force (SPF) on Wednesday (Feb 13). 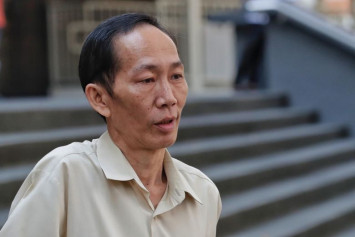 On April 10 last year, Tang was pulled over by Traffic Police Sergeant David Yap for speeding.

"When Sgt Yap informed Tang he would have to issue Tang a summons for speeding, Tang took out two pieces of $50 notes to offer to Sgt Yap as an inducement to refrain from taking enforcement action against him," said the statement.

The bribe was rejected by Sgt Yap, who then sought Tang's co-operation to be placed under arrest.

Tang did not co-operate and subsequently pushed Sgt Yap on his chest with both hands.

The statement said Tang pleaded guilty to a charge of offering gratification to a police officer and a charge of using criminal force against a public servant.

He also admitted to driving while under disqualification, using a vehicle without insurance coverage, speeding and permitting driving without a licence.

Three other offences were taken into consideration during his sentencing. 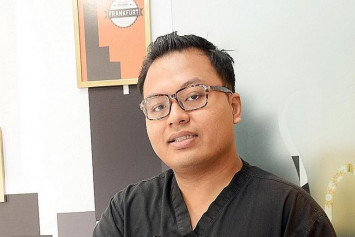 The statement said it was not the first time that Tang had been caught driving while under disqualification, but no details were given.

Investigations had also revealed a separate incident on Oct 16, 2017, when Tang permitted another man named Manoharan Sivanatham to drive a vehicle owned by him without a valid driving licence.

The police said it maintains its zero-tolerance policy towards persons who obstruct officers in their line of duty as well as acts of violence against them, and will not hesitate to take action against those who blatantly disregard the law.

The CPIB commended Sgt Yap on his act of integrity and said it takes a serious view against corrupt acts.

It is an offence to bribe, or attempt to bribe public officers. Any person who is convicted of a corruption offence can be fined up to $100,000 or sentenced to imprisonment of up to five years, or both, for each charge.