SINGAPORE - In a desperate bid to save costs on divorce proceedings, a man lied before a court that his newly-wed wife had refused to consummate their marriage, so that they could annul their marriage instead.

Daryl Lim Chun Leng, 25, also wanted to avoid being labelled a divorcee, and he got his then wife to agree to his plan in exchange for his cooperation in future matters.

On Tuesday (Dec 22), Lim was sentenced to one week's jail after he pleaded guilty to one charge of lying before a court of justice.

The court heard that Lim and Ms Wang Kechen, 24, were married in January 2017, but had marital troubles by mid-June that year, after Ms Wang discovered that he had an extramarital affair.

Lim then proposed an annulment, which he said was a "better" option, as the cost of the proceedings was lower and both could avoid being labelled as divorcees, according to court documents.

An annulment would also "void the marriage immediately", and Lim promised to maintain appearances in front of Ms Wang's parents and to help her in all her future requests.

Both parties agreed to annul the marriage, and Lim engaged a law firm to commence annulment proceedings, on the basis that Ms Wang had "wilfully refused" to consummate their marriage, said court documents. 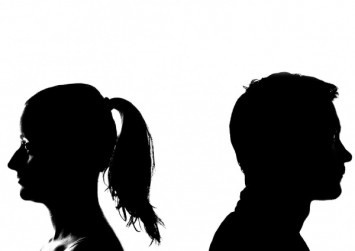 A district judge granted an interim judgment in August based on Lim's false claim, and pronounced that their marriage is void.

However, their lies were subsequently uncovered and they were discovered to have had sex with each other between January and July 2017.

Investigations further revealed that Lim had continued to have sex with Ms Wang in August and October before the annulment was finalised in November 2017.

Court documents did not state how the pair were found out.

For making a false claim before a court of justice, Lim could have been jailed for up to two years, and fined.

He will begin his sentence on Jan 4 next year.