For most Singaporeans, the next stage in life after secondary school would be continuing your education at a tertiary institution.

But for Suriyah Selvarajah, 32, that was not meant to be.

In 2006, Suriyah, then 18, enrolled in a polytechnic studying mechatronic engineering.

However he was unable to continue with his studies due to his family’s financial situation, he told AsiaOne on Monday (June 7).

According to Suriyah, his family barely had enough for his allowance back then. Hence, daily meals and transport to and from school were not always a given.

The $1,200 per semester school fees took a toll on the family's finances and Suriyah had little choice but to drop out of polytechnic.

He then worked with his mum, selling vadai – tasty dough fritters often sold at night markets. Now, you'll likely find him at one of The Original Vadai's three outlets, the hawker business he owns.

While some in his position might not choose to continue with their studies, Suriyah was still keen.

Even as the years passed, Suriyah had a feeling that he had some unfinished business when it came to his studies.

An underlying desire to attain his diploma lingered and in 2016, he enrolled in Singapore Polytechnic’s Diploma in Business Practice (Business Management).

On Sunday (June 6), Suriyah received his certificate and uploaded it on his personal Facebook account – getting over 3,100 reactions and 1,500 shares in just under a day.

“Yes, you saw that right. It took me five years to finish this,” Suriyah said.

Unlike most who completed their diploma studies in three years, Suriyah required an additional two years due to a few setbacks.

Firstly, he incurred a debt of over $200,000 due to two business failures.

Suriyah told AsiaOne that one of the business failures was a joint venture with another partner for a motor workshop business. "I lost nearly $120,000 there," he said. 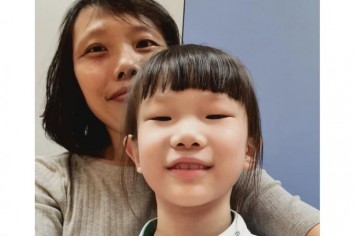 Suriyah went into depression and to make matters worse, he was also diagnosed with severe tuberculosis.

These issues of debt and health had him questioning if he should throw in the towel.

“One after another, I almost gave up. I had my wife, back then still my girlfriend, waiting for me to get married. So much struggle,” he added in the Facebook post.

In spite of all the obstacles thrown at him, Suriyah persisted – and little by little, things started looking up. Suriyah eventually got married and his business improved, and slowly paid off the outstanding debt according to the post.

From the snaking lines seen on their Facebook videos to the 3-star review by Food King, it seems like Suriyah's made huge strides since his teenage years – and now completing his post-secondary education.

He said in his post: “This cert is not going to land me a job. It’s for knowledge and self-satisfaction.”