SINGAPORE - A man who raped his former girlfriend of 10 years after persuading her to follow him home was sentenced to 10½ years' jail and six strokes of the cane on Monday (Nov 8).

High Court Judge Philip Jeyaretnam found that the man's act of trying to impregnate the victim so that she would have to marry him amounted to deliberate infliction of special trauma, which is an aggravating factor in sentencing.

The judge rejected the defence's argument that the victim, who was 24 at the time, has forgiven her former boyfriend as she has made numerous social media posts about him.

Justice Jeyaretnam said the posts only showed that she had mixed feelings about her former boyfriend, which was understandable given their decade-long relationship, and was in the process of working through her trauma.

He added: "If (the victim) found it in her heart to forgive you, that does not diminish the hurt you caused to her."

However, the judge gave the man a sentencing discount of three years for readily confessing and for pleading guilty, thereby sparing the victim the ordeal of testifying in a trial.

He also told the man: "It's not too late for you to change, become a better person and lead a meaningful life."

The accused, who was 26 and worked as a driver at the time of his offences in 2019, cannot be named because of a gag order to protect the identity of the victim.

He pleaded guilty last month to a charge of rape.

The court heard that the couple met in school in 2009 and got into a romantic relationship when he was 16 years old and she was 14. She underwent two abortions during their relationship. 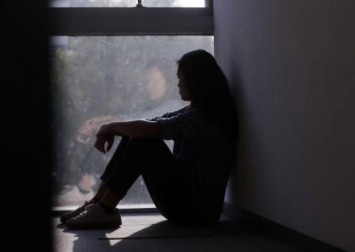 Days later, he asked her to get back together with him. She stayed away from her usual hangouts and blocked him on messaging application WhatsApp.

However, he began communicating with her through her best friend.

Two weeks after their break-up, he called the victim and said he wanted to discuss marriage.

Two days later, he sent a threatening text message meant for the victim to her best friend, as well as a photo showing a parang on his bed.

Past midnight on Feb 27, 2019, he approached her as she was returning home and persuaded her to get onto his motorcycle.

In his room, he interrogated her at knifepoint about her sex life with her new boyfriend.

He then forced her to re-enact the activities with him, and tried to get her pregnant so that she would have no choice but to marry him.

After she left his flat, the woman called her then boyfriend and her best friend to tell them what had happened. She also called the police and the man was arrested later that day.