Burdened by debts, a man broke into a moneylender's shop and stole about $46,000.

Around 11pm, he pulled the side door open, used a screwdriver to pry open the drawers and removed cash and a mobile phone.

The next day, one of the credit consultants arrived to see the drawers at her desk damaged and more than $43,000 missing.

The main entrance of Magnus Credit was secured by a digital number lock and only employees knew the pass code. 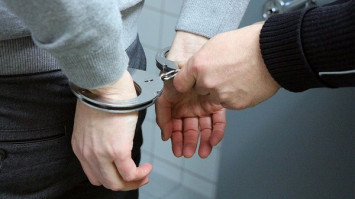 But the side entrance glass door, secured by a key lock, was found ajar.

Wong was later identified by the employees at Magnus Credit because he had taken loans from their company earlier that month. He was arrested on Oct 25 and $4,000 in cash was seized from his home.

Wong admitted he was heavily in debt due to gambling and had difficulty repaying loans he took from licensed and unlicensed money lenders.

He planned to break into Magnus Credit because he had taken loans from the company and knew where staff kept the cash.

Wong had deposited some of the stolen money into two of his bank accounts, and used it to pay off his debts.

Yesterday, Wong pleaded guilty to one charge of house-breaking and is expected to be sentenced on June 25.