Man who breached stay-home notice for bak kut teh fix will be investigated: Shanmugam 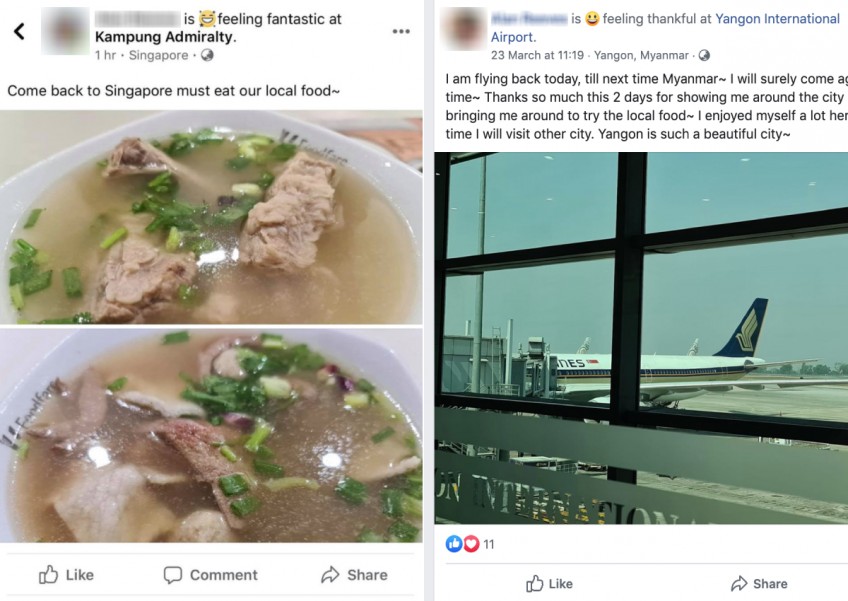 One man has landed himself in hot water after breaching a stay-home notice (SHN) to satisfy his bak kut teh craving and posting about his meal on Facebook.

Speaking in Parliament today (March 25), Home Affairs and Law Minister K Shanmugam said he was aware of the case and had asked for it to be investigated.

Shanmugam also urged members of the public to alert the police if they have any information of such behaviour, saying: "We will follow up, and we cannot allow such behaviour."

The man, who remains unnamed, drew the ire of his Facebook friends and netizens alike when he posted photos of himself enjoying a bowl of bak kut teh at an NTUC Foodfare outlet shortly after returning from Myanmar on March 23.

All Singaporeans, Permanent Residents and Long Term Pass holders entering Singapore are now required to serve a 14-day SHN as part of heightened precautions to reduce the spread of Covid-19, while short term visitors have been barred since 11.59pm on March 23.

The post, which has since been removed, alarmed many and quickly attracted comments demanding an explanation from him.

One wrote: "Why you never quarantine for 14 days ah. Don't selfish give to people [sic]."

Another said it was "not a responsible move". 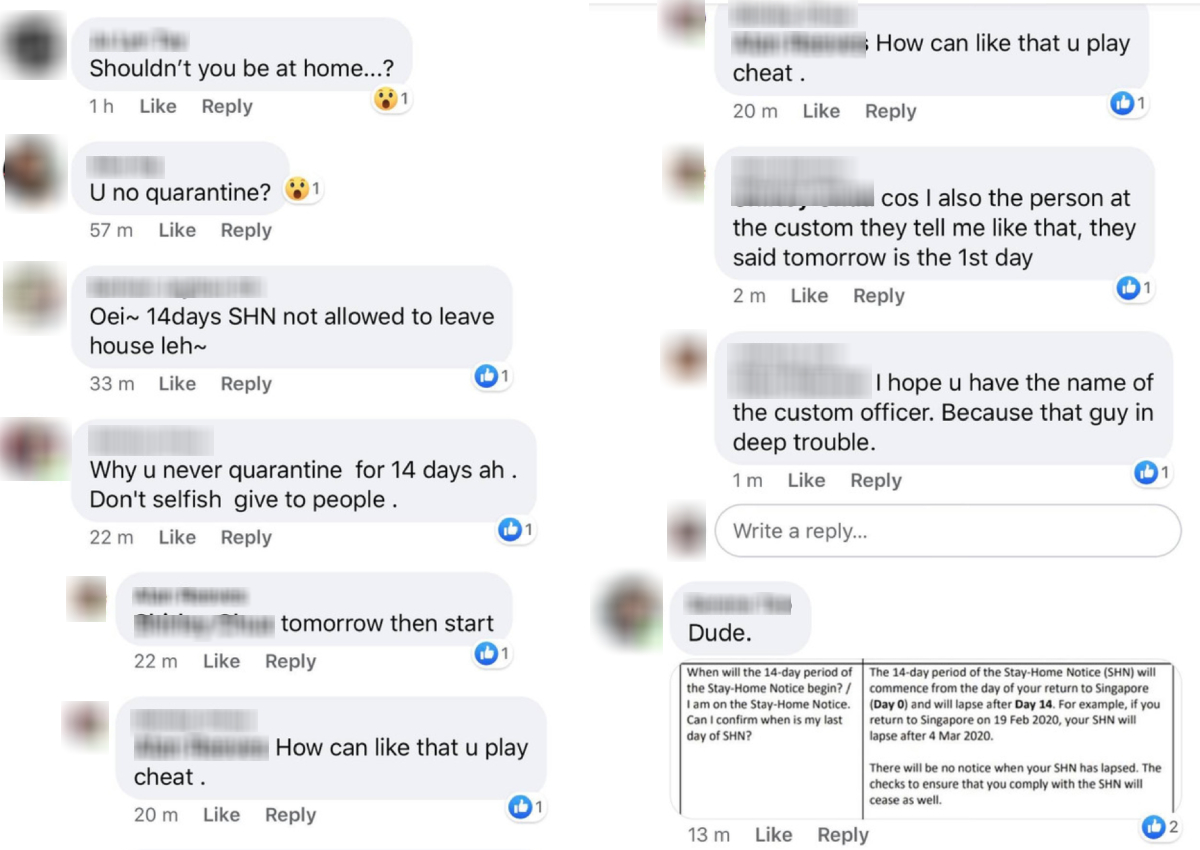 In response to the backlash, the man cited "the person at the custom [sic]", and claimed that he had been told "tomorrow [was] the first day" of his quarantine period.

Those issued with a SHN are required to remain in their home at all times once they return from abroad and minimise contact with others.

With some 38,000 people currently serving out SHNs, monitoring and enforcing the notices is a "huge operational and logistical undertaking", National Development Minister Lawrence Wong said in Parliament today (March 25).

However, the Government intends to continue with tough enforcement for both SHN and quarantine cases, he added.

Those who breach SHNs will be charged under the Infectious Diseases Act. If convicted, they face a fine of up to $10,000 or a jail term of up to six months, or both.

Singapore Permanent Residents and holders of Long-Term Visit Passes, Dependant's Passes, Student's Passes or work passes may also have their passes revoked or the validity shortened.

Just last month, a 45-year-old Singapore permanent resident who breached a SHN was stripped of his PR status and barred from re-entering the country.

The Ministry of Manpower (MOM) also said on March 21 that it had revoked 16 work passes after the holders were caught breaching Leave of Absence (LOA) or SHN requirements.