Even though they were eligible, Mr Teo Kee Huat's elderly parents decided to put off their Covid-19 vaccinations earlier this year.

Even though they were eligible, Mr Teo Kee Huat's elderly parents decided to put off their Covid-19 vaccinations earlier this year.

His mother had pre-existing medical conditions and his father wanted her to clear all her doctor's appointments first.

His father also decided to wait so they could get vaccinated together.

Mr Teo's worst fears came true: His father, who is in his early 80s, tested positive for Covid-19 and was admitted to the National Centre for Infectious Diseases (NCID) on June 1.

Five days later, still reeling from the news, he received another shock: His mother, who is in her late 70s, tested positive and was also admitted to NCID.

Mr Teo, who works in engineering and is in his 40s, told The New Paper yesterday: "At first I was worried about my dad, and then the big shocker was that my mum also tested positive. It was a worse feeling because my mum is not as healthy as my dad.

"I never expected both of them to suddenly contract Covid-19 at the same time."

Mr Teo and his two brothers were placed in quarantine as they had visited their parents that week. Their test results came back negative.

Mr Teo's father was moved to the intensive care unit (ICU) a week after admission.

Said Mr Teo: "My dad's condition fluctuated a lot. He had high fever and his oxygen levels would just drop at times."

His mother also moved to ICU a week after her admission after her oxygen levels "suddenly took a plunge".

"The fear I had was very real, especially when I received calls in the middle of the night from doctors telling me that my mum was not doing well," he added. 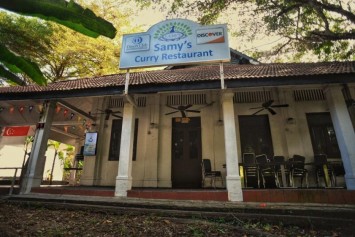 At one point, both his parents needed ventilators to help them breathe. Mr Teo could only stand outside the ICU wards and watched on helplessly through a screen.

"All I could do was talk to my dad on the phone. And my mum looked so frail. I remember having this huge sense of regret and kept thinking I should have insisted they get vaccinated early. If I had, this wouldn't be happening."

Things took a turn for the better. By mid-June, his father's condition improved and he was moved to a general ward.

The same happened to his mother in end-July and she was moved to a general ward.

The seniors have since recovered from Covid-19 but are still hospitalised in the general ward at Tan Tock Seng Hospital because of other medical reasons, which Mr Teo declined to reveal.

He said: "It can be traumatic to see your loved ones going through something like this. All I can say is that people should not take Covid-19 lightly.

"Children should try to convince their elderly parents to get vaccinated. The pain they may go through if they contract Covid-19 is not worth it."

In its daily update yesterday, the Ministry of Health said 36 seniors aged above 60, of whom 31 are completely unvaccinated or partially vaccinated, are currently very ill.

It added that on Wednesday, a 79-year-old man died from complications from the virus. He had not been vaccinated and had a history of heart disease, chronic obstructive pulmonary disease and hypertension.

On Monday, a woman, 58, who had not been vaccinated and had no underlying medical conditions, died of complications from Covid-19.

The ministry said 65 per cent of the population had been fully vaccinated as at Wednesday, and 78 per cent had received at least one dose of a vaccine. 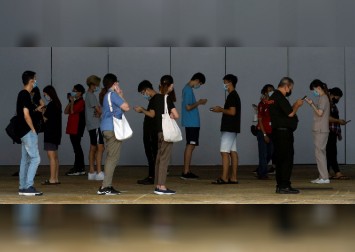 Health Minister Ong Ye Kung said in a ministerial statement on July 26 that the population's vaccination rate is going up by about one percentage point a day.

"By National Day, almost 70 per cent will have received two doses. By early-September, it should be almost 80 per cent.

"Our main worry is that our seniors, especially those 70 and above, are not sufficiently vaccinated. (As at July 26), just over 70 per cent of them have received two doses of the vaccines," added Mr Ong.

Professor Teo Yik Ying, dean of the National University of Singapore's Saw Swee Hock School of Public Health, told TNP it is especially important for the elderly to get vaccinated as the risk of infection, as well as the risk of serious illness when infected, rises with age.

"For the elderly, vaccination translates starkly to saving lives," he said.