MAS says prices of food, electricity and gas will continue rising in Singapore

A rise in global food prices will lead to higher domestic non-cooked food inflation in Singapore over time.

SINGAPORE - Going grocery shopping might soon burn an even bigger hole in consumers' pockets, as the cost of non-cooked food is expected to continue rising even beyond this year as a result of global shocks, a review by the Monetary Authority of Singapore (MAS) showed on Thursday (April 28).

The cost of electricity and gas will also be pushed up this year, as the recent surge in global energy prices raises the prices of oil-related items.

MAS said that overall, the surge in global energy and agricultural commodity prices will raise domestic inflation for fuel, electricity and gas and non-cooked food, which will in turn feed into higher prices for transport and food services over time.

"The Russia-Ukraine conflict will have significant repercussions on global prices of food, which had already risen to close to record levels before the war," said MAS.

"As Ukraine and Russia are both major global exporters of grains and edible oils, the conflict has led to steep price increases in these commodities."

Brent crude oil and natural gas have gone up 33 per cent and 80 per cent respectively so far this year, while wheat has gone up 43 per cent.

Fertiliser costs have also been pushed up by reduced supplies from Russia and Ukraine, which could lead to lower agricultural yield as farmers worldwide scale back on the use of fertilisers, it added. 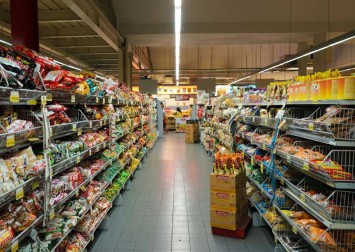 Meanwhile, poor weather conditions in other major grain-producing regions like China and parts of America mean that the shortfall in grain supply is expected to persist till next year.

"Reduced grain supply will result in a protracted increase in the cost of animal feed that will eventually translate to higher global prices of meat and dairy," MAS said.

This rise in global food prices will also pass through to Singapore's import prices, which will lead to higher domestic non-cooked food inflation over time.

But the good news is that the increase is expected to be gradual in the short term and more modest than global indices, MAS said.

"The incomplete short-run pass-through of higher costs to domestic prices likely reflects firms' ability and willingness, at all stages in the supply chain, to temporarily absorb some cost changes within their profit margins with the aim of preserving market share," it added.

Singapore's diverse sources of imported food also help to moderate the impact of these supply-driven price shocks, it said.

But eventually, domestic food prices will still reflect the higher level of global food prices, which are expected to persist even beyond 2022.

"The surge in European gas futures as a result of the war spilled over to Asian gas futures prices, while some Russian oil has also effectively been kept off the international market due to import bans and 'self-sanctioning' by major oil traders and firms," it said.

Brent prices are projected to remain at a considerably higher level than before the hostilities, reflecting tight supply conditions and the potential for further oil supply disruptions, it added.

Read Also
'It is hard for us to bear the costs': Hawkers mull over raising food prices 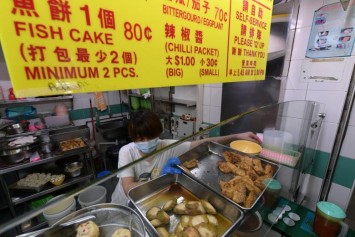 It warned that while households on fixed price plans under the Open Electricity Market are temporarily insulated, upcoming renewals of their contracts will occur at sharply higher rates that will reflect the step-up in global energy prices.

Core inflation - which excludes accommodation and private transport costs - already hit a 10-year high in March. Both core inflation and headline inflation saw larger increases in the first three months of this year, compared with the last quarter of 2021.

Higher electricity and gas and non-cooked food inflation accounted for around a third of the increase in core inflation, MAS observed.

This was partly the result of stronger price increases in fish, seafood and meat.

This includes higher prices for hawker and restaurant meals, taxi and private-hire car services, sport services and other fees, cinema tickets and charges to places of interest.

Airfares inflation also jumped, contributing to about a fifth of the increase in core inflation, MAS noted. But as Covid-19 test requirements here and in other destinations were relaxed, the inflation in airfares moderated.

The effects of some pre-school subsidies introduced early last year also faded, contributing to the step-up in education inflation.