SINGAPORE - A masseur was attending to a female customer in a Hougang massage establishment when he molested her.

Low Teck Hua, now 38, was on Thursday (Feb 3) sentenced to nine months' jail and three strokes of the cane after he admitted to molesting the 32-year-old victim.

She cannot be named due to a gag order to protect her identity.

A second molestation charge was considered during sentencing.

The victim had gone to Low's then workplace at around 6.45pm in October 2019.

After Low completed massaging her feet, she went to a room, removed her top and lay face down on a massage bed.

The woman then covered herself with a blanket and told the Malaysian man, who was waiting outside, that she was ready.

Low entered the room and started massaging her.

Part-way through, he told the woman to turn over and she complied.

The court heard that Low molested the woman soon after. 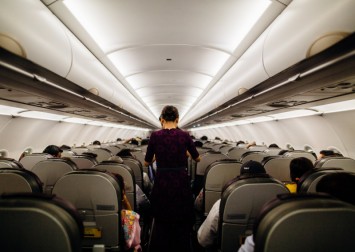 Deputy Public Prosecutor Ryan Lim said: "The accused was not supposed to touch or massage the victim's breasts in the course of the full body massage, and did not ask the victim for her consent.

"The victim did not consent to being touched in this manner. When this happened, she felt uncomfortable and shocked, and did not know how to react."

The woman left the premises shortly before 9pm when the session ended.

She felt disgusted about what had happened and alerted the police the next day.

DPP Lim had urged the court to sentence Low to at least 10 months' jail and caning.

Stressing that Low had taken advantage of his customer, he added: "The accused abused his position of trust as a masseur to touch the victim, and took advantage of the victim while they were alone in a room and the victim was undressed."