SINGAPORE - A digital marketing specialist installed a hidden camera shaped like a metal hook in the unisex toilet of a Holland Village cafe and recorded several videos of unsuspecting women.

Clarence Tang Jia Ming, 26, also installed the device in his Loyang Rise home to record a video of a female friend taking a shower.

Tang pleaded guilty on Thursday (Aug 23) to 30 counts of insulting a woman's modesty and one count of being in possession of 2,103 obscene films for the purpose of distribution.

The court will consider 45 other charges for similar offences during sentencing.

Tang, who committed the offences between 2014 and 2016, is the fifth and final man to be convicted in a case involving online groups that shared voyeuristic videos taken with hidden cameras in places such as public toilets and changing rooms.

Tang registered an account on the forum in 2009 and five years later, he came across a thread in which Ong posted hidden-camera films he had recorded.

The pair began to exchange private messages and Tang told Ong, who is also known as Kenneth, that he also wanted to make such clips.

They met at the Holland Village cafe where Ong taught him how to install the hook-shaped hidden camera in the toilet.

Deputy Public Prosecutor Li Yihong told District Judge Ng Cheng Thiam: "Kenneth taught the accused... that there was a particular wall tile on which the camera should be pasted so as to get the best viewing angles. 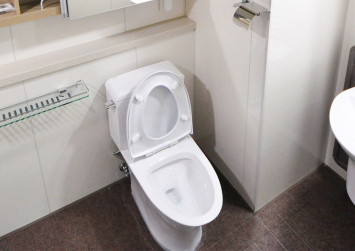 "Before they parted company, Kenneth gave a hook camera to the accused for his use, which (Tang) accepted."

After this meeting, Tang went to the cafe and installed the camera to capture videos of his unsuspecting victims. He also installed the device in his home and filmed a friend taking a shower.

The court heard that he chose to record the videos in the cafe, as it was frequented by many women between 18 and 25 years old.

"Should his videos capture males, or females who looked older than 25 years old, the accused would delete those videos," said Ms Li.

"The videos captured by the hook cam were also in colour, and of very high quality and resolution. Numerous videos filmed by the accused captured various victims in their school uniform, school attire or organisational attire."

On Nov 11, 2016, the Ministry of Education reported to the police that it had received information on obscene videos circulating on the Internet of schoolgirls in toilets or changing rooms taken with hidden cameras. The clips were found on platforms such as Google groups and the Sammyboy Forum. 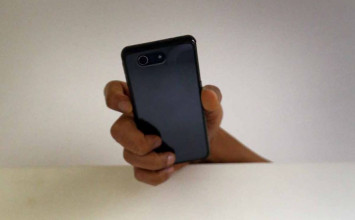 The court heard on Thursday that a hearing would take place in January, as there was a dispute between the prosecution and the defence as to whether Tang was suffering from any psychiatric disorders when he committed the offences.