Migrants get taste of freedom as Singapore loosens labour curbs

Migrant workers pray at a temple, before enjoying time off at Little India, as part of a pilot programme to allow fully vaccinated migrant workers back to the community after more than a year of movement curbs due to the coronavirus disease outbreak, in Singapore on Sept 15, 2021.

SINGAPORE - A group of migrant workers visited Singapore's Little India area on Wednesday (Sept 15) for their first taste of freedom in more than a year, under a pilot programme to ease movement measures imposed to halt a spike in coronavirus infections in dormitories.

While the rest of Singapore has returned to some semblance of normal life, low-wage foreign workers have mostly been confined to living quarters, other than for work, nearby recreation or essential errands.

Wednesday's trip is part of a programme to allow up to 500 fully vaccinated migrant workers to visit certain public locations for six hours each week. The project will be evaluated after a month.

The pilot covers just a fraction of the large migrant labour population, who must take rapid Covid-19 antigen tests before and after visits. 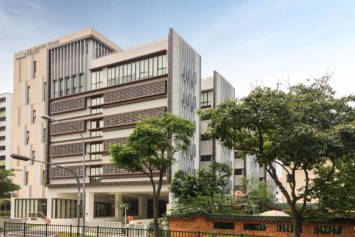 For the lucky few, it was a chance to roam their old haunts.

After praying at one of Little India's temples, Ayyavu Ponnaiah said he planned to do some shopping over the next few hours.

The manpower ministry started the programme after more than 90 per cent of workers in dormitories were vaccinated, above Singapore's overall inoculation rate of about 81 per cent, one of the world's highest.