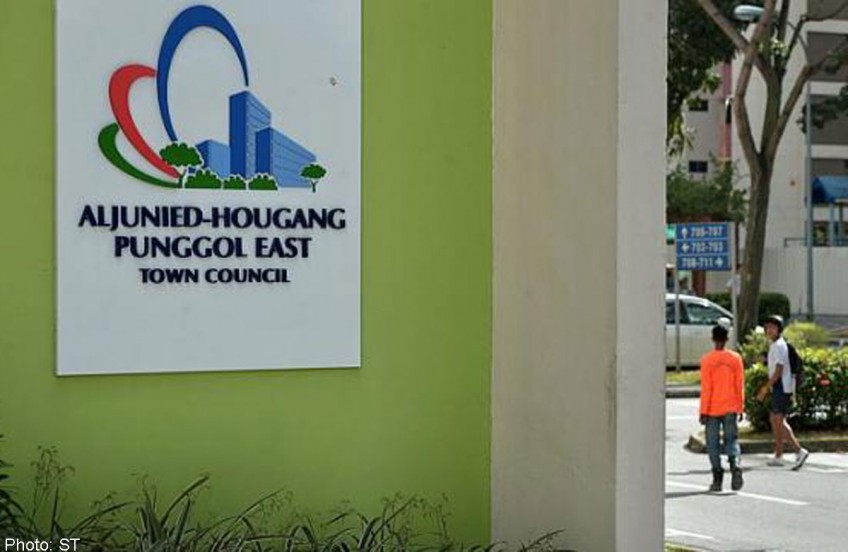 THE Ministry of National Development (MND) has applied to the High Court to appoint independent accountants to oversee government grants given to the Aljunied-Hougang-Punggol East Town Council (AHPETC) run by the Workers' Party (WP).

Only when the court gives the nod will it release about $14 million in grants to AHPETC, money it disburses to all town councils but which it has withheld from the opposition town council for a year now, owing to serious lapses in governance and compliance.

In addition, MND said it has a duty to make sure AHPETC has taken steps to recover any money that might have been wrongly paid out, and so has asked the court to empower the accountants to look at past AHPETC payments and take appropriate action to recover any losses suffered by AHPETC and its residents.

Analysts said this unprecedented move is likely to mean a full- blown financial investigation into whether AHPETC overpaid its managing agent, and whether any unlawful conduct was involved.

During a heated parliamentary debate last month over AHPETC's lapses, People's Action Party (PAP) ministers charged it was paying its managing agent $1.6 million more per year than what other town councils pay theirs.

AHPETC's managing agent, FM Solutions & Services (FMSS), is majority-owned by AHPETC's secretary Danny Loh and general manager How Weng Fan, a married couple. The longtime WP supporters were found to have approved payments from the town council to the company they own.

PAP ministers questioned the propriety of these arrangements.

The WP's MPs replied in Parliament that they were aware of the conflict of interest and isolated the staff, including the couple, from financial decisions.

The WP maintained there was no criminal wrongdoing or lost money, just errors of inexperience. WP chief Low Thia Khiang said FMSS was the only company that bid for AHPETC's business.

The WP did not respond to requests for comment on the court documents, which were served on AHPETC yesterday. A pre-trial conference is set for next Friday.

During the Parliament debate, National Development Minister Khaw Boon Wan said the grants would be withheld until "AHPETC cleans up the mess".

MND's court application makes clear the Government is now willing to disburse the grants - $7 million each for FY2014 and FY2015 - as long as "there are adequate safeguards". These are that AHPETC keeps the grants in segregated accounts, and that payments above $20,000 from these accounts are co-signed by the independent accountants.

Replying to media queries, MND said last night that it has proposed major accounting firm PwC's partners Ong Chao Choon and Chan Kheng Tek as the independent accountants to the court. It added that it will pay the costs.

Observers said MND's move was likely motivated by frustration that the WP has not done what Mr Khaw suggested its leaders do last month: Conduct a forensic audit of its accounts to see if payments to FMSS were correct and lawful, and take action to recover any lost public money.

"AHPETC has not indicated that it is willing to take these actions," said MND yesterday.