SINGAPORE - The Health Ministry (MOH) and the Central Provident Fund (CPF) Board have issued a statement to correct what they described as misleading information that had been put out after a couple went public with their difficulties in paying for cancer treatment.

The statement on Friday (July 12) denied allegations that the cancer-stricken wife was forced to seek private treatment at Parkway Cancer Centre (PCC) and Mount Elizabeth Hospital, and not the National of University of Hospital.

MOH and the CPF Board also highlighted the help made available to the couple to help them through their ordeal, and other options open to them.

This comes after the couple's lawyer, Mr M. Ravi, posted a video on his YouTube channel on Sunday detailing their predicament. 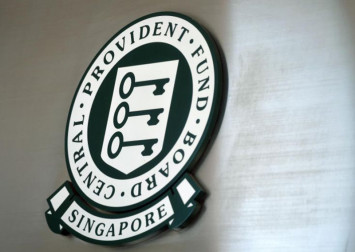 Madam Sarojini Jayapal and Mr Suriia Das, both 47, said their finances had been drained because of her illness.

When Mr Suriia appealed to the CPF Board to use his retirement savings for his wife's medical expenses - she was diagnosed with ovarian cancer in 2016 - at a private hospital, his request was denied.

Believing that the NUH implied that it had "no hope" to cure her, Madam Sarojini said in the video: "The reason for us to choose a private hospital is not for any kind of luxury, but they are the ones who gave us hope that (I) can survive."

Mr Suriia, who earns about $3,000 a month as an operations manager, said the private hospitals did not allow him to use his Ordinary and Special accounts to pay for his wife's medical bills.

"Why (do) I need to keep the Ordinary and Special accounts when my wife is suffering? My wife is everything to me. She's my life. She's everything I'm living for."

He said he turned to moneylenders, family, friends, his employer and crowdfunding to raise funds. The couple have a teenage son.

The authorities however have made it clear that she can return to NUH to get subsidised care. "NUH has offered her an open appointment date should the family decide to transfer to NUH for subsidised care," the statement said.

Read Also
Chas subsidies for about 7,700 people miscalculated due to IT error: MOH 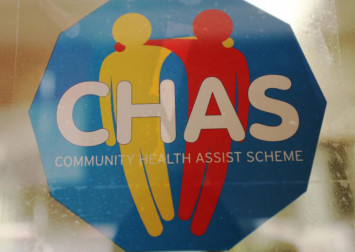 "As Madam Sarojini chose to continue treatment at PCC, which is private institution, there is no government subsidy."

Madam Sarojini is covered by MediShield Life, which has paid out about $60,000 for her medical and hospitalisation bills so far, the statement added, noting that she also has additional private insurance coverage under an Integrated Shield Plan.

"Together with MediShield Life, health insurance has paid out over $300,000 to date, covering close to 90 per cent of her medical bills at PCC and Mount Elizabeth Hospital."

Madam Sarojini has also been receiving $1,100 a month under other government schemes since October 2017, which has reduced her financial burden, the statement added, pointing out that the couple had also withdrawn about $9,000 from their Medisave accounts for her treatment.

The statement said the CPF Board had approved Madam Sarojini's application to withdraw all her savings in her Ordinary and Special Accounts of about $25,000 based on PCC's assessment that she was terminally ill.

"Should they face difficulties with their healthcare bills at NUH, they would be able to seek additional financial assistance from MediFund.

"We empathise deeply with the difficulties the couple is facing. We have done all we can to extend support to them through different schemes since 2017. We would like to emphasise again that subsidised healthcare remains an option for the family."