More than 90 Malaysian vehicles turned away over unpaid fines: MHA

Vehicles clearing customs at the designated zone for heavy vehicles at the Woodlands Checkpoint departure hall on April 12, 2019.

SINGAPORE - Since April 1, at least 91 Malaysia-registered cars have been denied entry into Singapore for having outstanding fines that were not settled, the Ministry of Home Affairs told The Straits Times on Friday (April 12).

Nearly two weeks have passed since the Government instituted new measures to bar vehicles with fines on them from entering the Republic until they are paid.

The ministry said in response to queries from ST that the fines were for traffic, parking or vehicular emissions offences.

Five government agencies announced the new measure in February, saying it was part of efforts to strengthen enforcement against such offences. 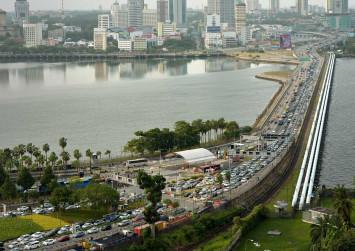 At the time it was announced, drivers of foreign vehicles had accumulated about 400,000 outstanding fines amounting to $32 million.

The Immigration and Checkpoints Authority has disputed Malaysian news reports that congestion at the Tuas and Woodlands checkpoints has worsened as a result of cars being stopped.

At a media visit to the checkpoint on Friday, Assistant Commander of Woodlands Checkpoint, Deputy Superintendent (DSP) Tong Yong How, said drivers of foreign vehicles with outstanding fines are not stopped at the security clearance checkpoint.

Instead, it is only after they have cleared immigration to enter Singapore that officers will flag the vehicles and redirect them to a designated parking area, he said.

Following this, the drivers are informed by officers that they have outstanding fines and would have to make the necessary payment before they are allowed into Singapore.

The ICA did not say how many cars have been flagged to pay fines as a result of the new measure. 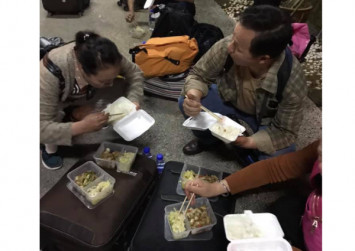 In view of the Good Friday weekend, DSP Tong said efforts will be ramped up to reduce congestion along the Causeway.

Depending on traffic conditions, the ICA will adopt flexible use of designated lanes for motorcycles, cars and heavy vehicles. For example, some drivers may be directed into lanes designated for heavy vehicles, as officers open up more checkpoints for cars to pass through.

More immigration officers will also be deployed - an additional 20 to 25 per cent - to boost manpower at the checkpoint, said DSP Tong.

More officers will also be present to manage traffic flow to the checkpoint from Singapore, he added.

On the eve of Good Friday last year, which coincided with the Qing Ming Festival, both Tuas and Woodlands Checkpoints handled about 450,000 travellers, a 12 per cent increase from the average of 400,000 travellers.