On top of the proposed "Right to Disconnect" law, labour MP Melvin Yong also urged MOM to do a yearly workplace survey to tackle the wider issues of burnout and mental health.

SINGAPORE - A "Right to Disconnect" law would help employees have protected time to rest and recharge, said labour MP Melvin Yong (Radin Mas) on Wednesday (Oct 14) in a bid to address arguments made against a proposed legislation he had mooted.

The most common criticisms revolve round the potential rigidity of stipulating working hours and its impact on workers' productivity as well as Singapore's competitive edge.

On top of the "Right to Disconnect", Mr Yong also urged the Manpower Ministry to do a yearly workplace survey to tackle the wider issues of burnout and mental health.

Speaking during the debate on the Government's Covid-19 strategy - as outlined by Deputy Prime Minister Heng Swee Keat in Parliament on Oct 5 - he cited France for having successfully implemented such a legislation.

He said the country requires employers and employees to negotiate the protocol for non-emergency calls and non-critical e-mails, outside of working hours.

Mr Yong related that a Singaporean working in France had written to him, to share that e-mails sent outside of office hours are usually accompanied with disclaimers that state no immediate response is expected.

French companies also schedule non-critical e-mails to be sent at 8am the next working day.

"These are certainly not radical practices, but baby steps which we can easily adopt here in Singapore," said Mr Yong, who is assistant secretary-general of the National Trades Union Congress.

He further pointed to the German concept of "Feierabend", which describes the time after the work day ends and when rest time begins.

This shows an understanding of the need to "rest properly in order to have the energy to work hard and be productive again the next day", said Mr Yong, who has raised the topic several times since last year.

In September 2019, he proposed that the Work Injury Compensation Act include workplace mental health. After the general election in July 2020, he began to suggest a "Right to Disconnect" initiative in Parliament.

Critics of his proposal have questioned the feasibility of having such a law for essential service workers.

"When I was with the Police Force, my officers and I would be on call 24/7," he said. "We would receive phone alerts on incidents happening throughout the day. But between the 'silent hours' of midnight to 7am, these alerts were restricted only to a specific list of critical, sensitive cases.

Read Also
Daily roundup: MP says 'right to disconnect' from work should be considered - and other top stories today 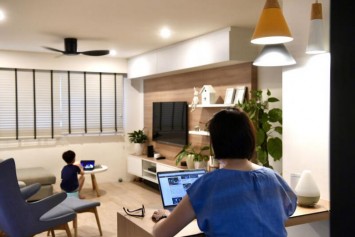 "This was to ensure that we were sufficiently well rested, even while always on standby."

He also cited a 2014 study by Stanford University in the United States that found overworking - working beyond 55 hours a week - caused a sharp decline in productivity per hour, and led to more workplace accidents and injuries.

"(These) findings are not unique, and other researchers have found that well-rested employees are more productive, more careful and are better able to contribute creatively at the workplace," he added.

As for concerns that a "Right to Disconnect" law might not sit well with bosses who favour those who work longer hours, he said this was a classic case of "presenteeism", which research has found to be detrimental to a company's performance.

While acknowledging the need for a more detailed study on how to implement such legislation, he also suggested the Manpower Ministry do an annual survey on workplace mental health, to track workers' mental well-being and best practices among companies. 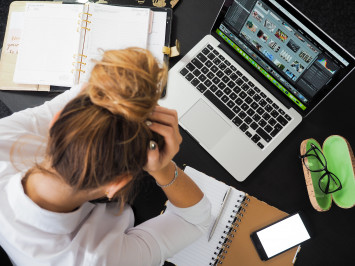 He expressed the hope that the Tripartite Advisory on Mental Health - due to be published by the end of the year - would include aspects of a "Right to Disconnect".

"With clearer guidelines, our unions can start a conversation with employers on the protocol to answer non-critical work calls and e-mails outside of working hours, as well as the provision of appropriate help for those facing workplace burnout, while keeping their identities confidential," he said.

"I hope that tackling workplace burnout will be a key priority in the newly announced Covid-19 Mental Wellness Taskforce," he said, referring to an inter-agency body set up on Oct 11 by the Health Ministry and Institute of Mental Health.

"After all, a mentally resilient workforce leads to a safer work environment for all."