"The educators involved are also deeply apologetic," she added.

Following an internal investigation by PCF and an independent investigation by the Early Childhood Development Agency (ECDA), the two employees involved were suspended. PCF was also penalised by ECDA.

The two employees are undergoing a fundamental review to assess their suitability to work in the field and may face further disciplinary action if they fail to meet expected standards, Tan said.

Acknowledging the police report filed by the child's parents, Tan also assured that PCF would co-operate with the authorities on the investigation.

When she picked her crying daughter up from infant care at a PAP Community Foundation (PCF) Sparkletots centre in Woodlands on Oct 8 last year, Mirielle Innam thought the girl was simply being cranky.

To her horror, she soon discovered that her 16-month-old had suffered a pulled elbow, caused by a teacher tugging on her arm while waking her up from a nap.

Going public with her experience in a viral Facebook post, Innam also accused the principals at the PCF Sparkletots centre of attempting to cover up the incident.

Meanwhile, the police confirmed that investigations commenced in October 2020 and are ongoing. They have been in contact with the victim's family to provide updates on the case, they added.

ECDA is looking into Innam's additional allegations against the centre's principals, its spokesperson added.

She and her husband realised something was amiss on the evening of Oct 8, when their daughter would not stop crying after returning home from the centre, Innam recounted.

"We kept giving excuses to ourselves, thinking of different possibilities to why she was crying. Never once we doubted the teachers."

But Innam quickly noticed that the girl's left hand was curled up.

When she called the centre, one of the employees, identified only as Teacher L, initially denied that anything had happened to the girl.

When Innam pressed for more information, Teacher L claimed that the girl "didn't give me her hand" when she woke up from her nap earlier that day and suggested that they visit a hospital or doctor.

She then rushed her daughter to the emergency department at National University Hospital, where the girl was diagnosed with a pulled elbow.

"The doctor mentioned a normal pull would not have caused this. It will require a brute amount of force to dislocate a child's elbow and does not happen that easily," she added.

Principal reluctant to allow family to review CCTV, asked them to pay $178

Anxious to get to the bottom of the matter, Innam visited the centre the next day (Oct 9), meeting with a woman she identified as TLS, who was standing in while the centre's principal was on maternity leave.

According to Innam, TLS revealed "after much hesitation" that it was Teacher L who had woken the girl up by pulling on her arm.

When the couple requested to view the CCTV footage from the day of the incident, they were told that they needed to fill up a form which would be emailed to them. 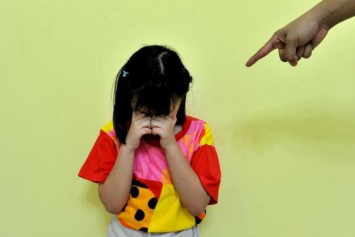 When she did not receive the form by the morning of Oct 10, Innam visited the centre to meet TLS again. The principal then admitted that she "needed to get clearance" from the centre's executive principal and had been instructed to review the footage before sending the form over.

She also claimed that she had reviewed the day's footage and there was "nothing unusual".

It was only after "long persuasion" that she managed to obtain the form, Innam said, adding that TLS was hesitating to give them the form.

TLS even offered to show the couple the CCTV footage on her phone to close the case, adding that they did not have to fill up the form, Innam claimed. However, she and her husband declined.

On Oct 14, Innam and her husband finally managed to view the CCTV footage without paying the $178 fee. That same day, the couple lodged a police report against the centre.

In a copy of the report seen by AsiaOne, the couple said they noticed two incidents of abuse in the footage from that day and accused the centre of "lying and covering up" the matter.

Following their daughter's injury, the couple reached out to PCF and ECDA.

However, "no one was willing to come forward to assist," Innam wrote. "PCF Sparkletots and ECDA went all silent on our child's abuse case for over two months and we had to email them multiple times on the progress of the case." 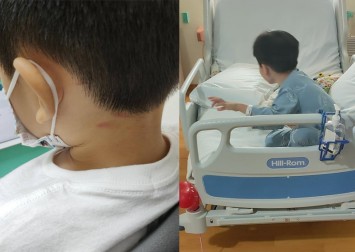 "Initially we thought of filing for a lawsuit, we have met up with multiple lawyers and their fees are beyond our affordability. After much consideration, we feel going public is the right option for us," Innam wrote.

"Our main intention is to prevent such abusive behaviour from happening again to any infant, children and families. If this can happen to us, it can happen to any parents in Singapore."

In response to AsiaOne's queries, an ECDA spokesperson said the agency follows up on every alleged child mismanagement incident.

"Investigations into such allegations generally require time as they involve unannounced visits to the centre, interviews with staff, review of CCTV footage and of the preschool's processes and records, assessment of the investigation findings and actions to be taken, if necessary," ECDA explained.

In relation to Innam's daughter's case, ECDA said it had been alerted to the matter in mid-October last year.

Its investigation found that the actions of the PCF Sparkletots employee who had caused the girl's injury were "inappropriate but not ill-intended to harm the child".

It also found that a second staff member had handled the girl inappropriately while preparing her for a milk feed, but had not caused any injury.

ECDA added that it has taken action against the preschool licensee and both staff members who were involved in accordance with its regulatory framework.

"In addition, we have tightened monitoring of the preschool and strongly advised the preschool to provide closer supervision to their staff on appropriate and safe practices when carrying or managing children.

"We have also strongly advised the preschool to provide guidance and support to the staff in classroom management."

Innam was informed of the investigation outcome on Dec 14 last year, ECDA said.