SINGAPORE - A music teacher molested his 18-year-old student after telling her that the way she placed her cello against her body was incorrect.

This took place at a music school in the western part of Singapore on June 25, 2016.

During a five-day trial last year, the young woman told the court that she felt "weird" when the man touched her chest briefly but "did not think much about it".

However, one week later, he molested her again after saying that she was still not holding her cello correctly. This time, he placed a hand inside her top and touched her right thigh. 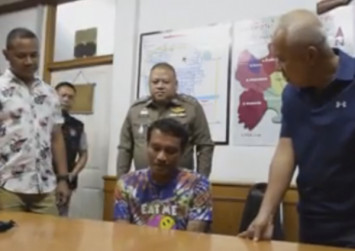 On Thursday (April 18), District Judge Chay Yuen Fatt found the 33-year-old man guilty of four counts of molestation. The man cannot be named due to a gag order to protect her identity. He is no longer employed by the school.

The young woman, testifying on the first day of the trial, told Judge Chay that after she returned home on July 2, 2016, she took a long shower as "the feeling of touch" remained.

Responding to questions from Deputy Public Prosecutor Marshall Lim, she said she felt scared and hid under a desk. She started cutting herself with a pair of scissors before calling out to her mother.

The mother told the court that she had rushed upstairs and found her daughter under her desk with her wrists cut.

When she asked her daughter what happened, the latter cried and said: "My cello teacher touched me."

The police were alerted, the court heard.

The young woman told the judge that after the incident, she sought treatment at the Institute of Mental Health as she had trouble sleeping and felt "the need to be clean".

The man, a Filipino, denied molesting her.

He told the judge that there was no reason for him to get close to her or touch her body.

He also pointed out that the classroom door had a glass panel which allowed other people to look in.

In his submissions, DPP Lim said: "It is unclear why this was raised... Perhaps it was to demonstrate that someone would have spotted his crimes if he had committed them.

"However, the law requires witnesses to testify. The law does not assume, in this instance, that nothing happened because no witness can come forward to say it did."

The DPP also noted that there was no history of bad blood or poor relations between the parties involved so the young woman has no reason to lie.

The man, who is represented by lawyer Jonathan Cho, is out on bail of $15,000. He is expected to be sentenced on May 8.

For each count of molestation, he can be jailed for up to two years and fined or caned.