'Is my maid using black magic?' These stories will give you the chills!

Have you ever heard of a maid using black magic on a family? We live in the 21st century, and for many of us, the very idea of black magic sounds silly and ridiculous, but you will be surprised by the number of such cases that have been reported.

Some of them are rather eerie, we have to admit.

A family of four in Singapore discovered something fishy when they realised that many of their valuables were missing.

They suspected their Indonesian maid, but lacked sufficient evidence. Also, she seemed like a nice person, and cooked yummy delicacies for the family.

All was well until the maid was caught having sex with a Bangladeshi worker in the house, when no one was at home.

Read Also
Sorcery and black magic are alive and well in Cambodia, and they're worth killing over 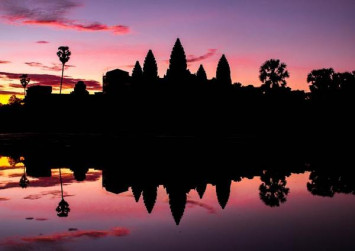 The family did a thorough search and found all the jewellery the maid had stolen. They also found something strange.

There was a tray of black pigeon eggs underneath her bed.

The family called the police and the maid was arrested. She confessed to casting a black magic spell using the pigeon eggs.

That was not the end of the saga.

Soon all the members of the family fell very sick. The mother slipped into a coma, which left doctors puzzled.

The family finally hired a Taoist to get rid of the "evil" spell.

This story is creepier, and happened in 2017. A Singaporean woman, Dia, went online with some scary stuff (in close to 100 tweets) that happened in her house, after the family hired a maid.

To summarise her long story, the (Indonesian) maid's behaviour was rather strange. She hardly ate or talked. The only person she would comfortably speak to, was Dia's father. She ate rice, salt, and garlic once a week.

She would keep asking if Dia wanted to eat, even at odd times like 3 am. When Dia refused, the maid would look upset.

Things got creepy as hell when Dia woke up once in the wee hours of the morning to find a pair of red eyes staring at her from the foot of her bed.

One day, on the 5th day of her period, Dia came home to a weird smell. She found her maid squatting with a bag of her used pads in the toilet.

Dia cringed and yelled, "What are you doing?" but the maid only laughed.

Dia and her mum took the bag from her and threw it away, They later demanded to see the maid's belongings to make sure she hadn't taken anything else.

They found Dia's hair in an envelope and a cut up picture of her parents.

More weird happenings followed, and the maid was sent packing home. The family continued to be spooked.

Soon after, Dia's mother revealed that she was disturbed. She was getting migraines and couldn't sleep well because she felt someone sitting on her.

Dia's sister also took a picture of a strange white figure outside her bedroom window...

There are many more such scary and strange stories that have been reported. According to a report in the South China Morning Post, one maid got stressed out when her employers installed CCTV cameras to monitor her work. She thought they didn't like her, and were unhappy with her work.

Her friends recommended that she use black magic to "charm" her employers.

So she... err... soaked her used sanitary pad in her employers' drinking water. It was supposed to charm them into liking her. She did that twice, and was caught on video.

"We don't believe in charms or black magic but are extremely unhappy we drank that water. It was horrid what she did," said her understandably bewildered employers.

Meanwhile, a quick search on the Internet led to these "common" methods of black magic:

Have you ever had weird experiences like these, readers? Do you believe that it is possible to harm or charm someone using black magic?

This article was first published in The Asian Parent.