What an assistant athletics coach allegedly did to her was traumatic enough, but national hurdler Kerstin Ong was stunned by her teammates' reaction when she confided in them.

Instead of supporting her over the alleged outrage of her modesty by the coach, a 40-year-old man, they told her not to pursue the case.

And when she told a general manager (GM) at Singapore Athletics (SA) about the alleged incidents, her teammates, including one whom she considered her best friend, ostracised her.

"One of them scolded me for blurting it out to the authorities and said I should have kept it within the group," she added.

Reflecting on how her alleged ordeal, which occurred more than two years ago, had affected her, Ms Ong, now 21, told The New Paper last week that she felt "betrayed" by her best friend and teammates.

"The most painful part of the whole experience was having my team and the person I considered my best friend turn against me.

"I did not know what to do or who to trust."

Ms Ong said the coach allegedly began by harassing her with sexual jokes before progressing to comments about her body and "being very touchy at training".

She said she felt very uncomfortable and violated but was too afraid and embarrassed to say anything.

She added that she was too afraid to speak to anyone but her closest friends about it.

To her shock, they told her not to make a big deal of it and wanted her to settle the issue internally by confronting the coach.

But she was so scared and uncomfortable by then that she did not even want to attend training, much less summon the courage to confront him, she said.

Ms Ong said her telling the GM about the alleged incidents was accidental as she had unwittingly mentioned the coach's "touchiness" while answering questions about the training sessions.

"But she really picked up on it and started probing me to talk about it. The support she gave me was really important to me."

She said she got an earful from her teammates when they found out she had spoken to the manager.

"Even my best friend scolded me. We fell out and even till now, we are all still not talking," said Ms Ong, who now trains with another team.

Pressured by her teammates, she decided not to pursue the matter and retracted her statement to SA.

Then, in October last year, the #MeToo movement broke with widespread cases of women coming forward with allegations of being victims of sexual harassment and assault by men in positions of power.

Ms Ong was particularly touched by her friend and Hong Kong hurdler Vera Lui's account of being sexual assaulted.

Then, in January this year, a Channel NewsAsia reporter approached her to tell her story. 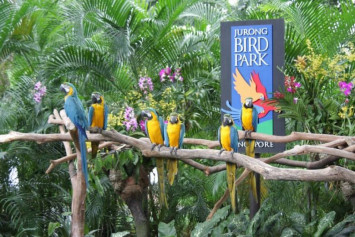 Emboldened by what was happening in the #MeToo movement, she agreed.

The CNA report quoted SA president Ho Mun Cheong as saying of the assistant coach: "We have already terminated his service. The case is already closed."

But Ms Ong decided to stand up for her rights. The night the report came out, she made a police report.

This sparked more backlash from her teammates.

"Someone even told me that I just wanted the attention and to jump on the #MeToo bandwagon," she said.

But several people also told her that her story gave them the courage to talk about their own experiences for the first time.

"This is why I had decided to be named, so that other people realise that this can happen to anyone," she said.

Ms Ong feels vindicated after her former coach was issued a stern warning by the police over her case last month. He may also face disciplinary action from national sports agency Sport Singapore (SportSG).

TNP's attempts to contact him were unsuccessful, but he told The Straits Times last month that the stern warning was unfair.

"I think there has to be a better system in place and better procedures to investigate such claims," he said.

"Both parties (athletes and coaches) must be protected... Organisations can't treat someone as guilty till proven innocent."

For Ms Ong, it is about showing everyone, including herself, that sexual harassment and assault are not acceptable.

"I want it to serve as a deterrent to others that they will not get away with committing sexual assault or harassment," she said.

Despite what Ms Ong went through, she said she is glad she came forward. But she has also paid a heavy price.

The full-time athlete and university student now sees a psychologist for her trauma, and she still finds it difficult to trust people around her.

She said that she knew of others who have had similar experiences with coaches but have chosen not to report it.

She said: "If I had not reported it and it happened to someone else, I would feel personally responsible for not doing my part when I could have."