The nurse received her first dose of Covid-19 vaccine on Jan 29, and her second dose on Feb 20.

SINGAPORE - A nurse at the National Centre for Infectious Diseases (NCID) who interacted with Covid-19 patients tested positive for the coronavirus on Tuesday (June 22), said the Ministry of Health (MOH) on Wednesday night.

The woman was one of three unlinked cases announced and developed a runny nose and sore throat on Monday night, MOH said.

She sought medical treatment the following day at a general practitioner clinic, where she underwent both an antigen rapid test (ART) and a polymerase chain reaction (PCR) test.

Her ART result came back positive the same day, and she developed a fever later that day.

Her PCR test result also came back positive on Tuesday.

Her earlier tests from rostered routine testing (RRT) - the last being on June 10 - were all negative for Covid-19 infection.

Her serology test result is negative, which suggests the presence of a recent infection.

The nurse received her first dose of Covid-19 vaccine on Jan 29, and her second dose on Feb 20. 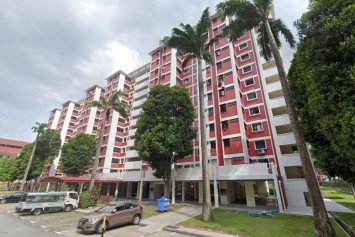 The ministry also announced 10 linked cases on Wednesday, comprising eight cases that have already been quarantined and two detected through surveillance.

Linked cases include a 31-year-old man who works as a nurse at the National Heart Centre. He is linked to the 90 Redhill Close cluster, which was declared on Tuesday.

He was detected when he was tested for Covid-19 on Monday as part of community surveillance testing for residents of the Redhill Close area.

He was placed in quarantine on Monday as he was a family member and household contact of two previous cases.

He subsequently developed a cough the same day, and his test result came back positive on Tuesday.

His earlier tests from RRT - the last being on June 16 - were all negative for Covid-19 infection.

His serology test result was negative.

The ministry added that the nurse received his first vaccine dose on Feb 26, and the second dose on March 19.

Two young children aged eight and four were also among the linked cases. They are linked to a cluster involving a 38-year-old foreign domestic worker who tested positive on Sunday.

The cluster is one of the new clusters declared on Wednesday night.

The older child is a pupil of Alexandra Primary, and was last in school on May 18. He is a household contact of the foreign domestic worker, and a family member of the younger child.

He was placed in quarantine on Sunday and underwent both an ART and PCR test on Monday during quarantine. His ART result was negative, and his PCR test result came back positive for Covid-19 on Tuesday. His serology test result is negative.

The younger child is a pupil of My First Skool (Tanjong Pagar Plaza). He was last in school on May 28 and was placed in quarantine on Sunday.

The sole case added to the Bukit Merah View Market and Food Centre cluster was a 34-year-old woman who works as a cashier at Mustafa  Centre.

She is a family member and household contact of four previous cases, and was quarantined on June 14.

She tested negative on June 16 and 18 during quarantine.

However, she later tested positive on Tuesday. Her serology test result is pending.

There were also nine imported cases confirmed, for a total of 22 new cases. These took Singapore's total to 62,470.

Another unlinked case was an 81-year-old male Singaporean who is a retiree. He developed a cough on Sunday, and was taken to Singapore General Hospital in an ambulance when his condition worsened on Monday.

He was tested for Covid-19 the same day, and his test result came back positive for Covid-19 infection on Tuesday.

His serology test result is pending. He received his first vaccine dose on June 10.

All nine imported cases had already been placed on stay-home notice upon arrival in Singapore.

They include four permanent residents who returned from India, Indonesia, Malaysia and Britain, respectively.

No new cases were reported in migrant workers' dormitories for the ninth day in a row.

There are currently 39 active clusters of infection, up from 38 on Tuesday. Four new clusters were declared, and three closed.

As at Wednesday noon, 141 patients remained hospitalised, including five in critical condition in the intensive care unit, while 181 were recuperating in community facilities.

Singapore has had 35 deaths from Covid-19 complications, while 15 who tested positive have died of other causes.