NDP 2019: 27,000 turn up at the Padang for Singapore's bicentennial birthday bash

Fireworks at the Singapore River behind the statue of Sir Stamford Raffles during the National Day Parade, on Aug 9, 2019. PHOTO: The Straits Times

SINGAPORE - Some 27,000 people turned the Padang into a sea of red and white at this year's National Day Parade to celebrate Singapore's 54th birthday.

From eight bicentennial floats, to perennial crowd favourites the Red Lions parachutists and fighter jet aerial displays, to the first-ever segment devoted to hip-hop and rap music, and multicultural dances showcasing Singapore’s diversity, this year's show continued the yearly tradition of being a visual treat for viewers.

Another highlight was the 171-vehicle mobile column that last featured at the NDP in 2015, with the air force’s Aster-30 surface-to-air missile system and the army's recently commissioned Hunter Armoured Fighting Vehicle among the new assets on display.

Thousands of people also thronged the Marina Bay area, as well as along the Singapore River, where fireworks will be set off for the first time to celebrate the river's historical significance. The display begins at 8pm and will last for five minutes. 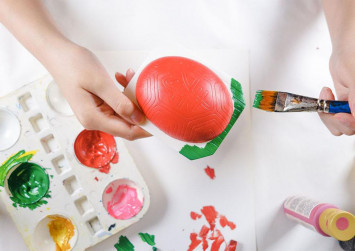 The bicentennial marks the 200th anniversary of the arrival of the British in Singapore, which set in motion the country's development into a trading port and modern metropolis.

Before the parade started, the crowd was treated to an upbeat rendition of Our Singapore – this year's theme song – performed by 825 young people and children from Academie Of Stars, Danz People, Martial House and Touch Community Services.

The nine Red Lions parachutists from the Singapore Army made freefalls from a height of about 3km, and landed one by one to cheers from the crowd.

This was followed by an energetic routine by some 120 dancers from Republic Polytechnic, together with a combined school marching band comprising students from Bowen and Deyi secondary schools.

The bicentennial floats that came next included the Singapore Volunteer Rifle Corps, established in 1854, and the Tanjong Pagar Dock Company, set up in 1864.

They were among the organisations which played roles in building Singapore during its early history, and continue to be relevant today. The others are The Straits Times, Robinsons, Singapore General Hospital, Singapore Fire Brigade and Singapore Police Force, the Post Office Savings Bank, as well as Singapore Post.

Shortly after, 38 marching contingents made their appearance, including the Singapore Armed Forces (SAF) and Home Team Volunteer Contingent, LiHo Tea, and Nanyang Polytechnic, which all made their debuts.

President Halimah Yacob arrived for her second NDP appearance as head of state, before the National Anthem was played, while a 30m-by-20m state flag flew past, carried by a Chinook helicopter and accompanied by two Apache copters.

Madam Halimah later inspected the parade while the 21-gun presidential salute was fired by servicemen from the 24th Battalion, Singapore Artillery at Merlion Park.

Two F-15SG fighter jets and an A330 Multi-Role Tanker Transport aircraft – making its first NDP appearance – flew past the Padang in an arrowhead formation.

Two F-15SGs then crossed each other’s path in midair, and a third one soared high up into a vertical climb to complete the aerial manoeuvres.

After the parade marched off, the tanks rolled in. This year marked 50 years since the mobile column first appeared in the Padang at the 1969 NDP.

The drive-past of the 1.3km-long convoy, including assets from the SAF, Singapore Police Force and Singapore Civil Defence Force, took about 14 minutes and 30 seconds, a display meant to demonstrate commitment and readiness to defend Singapore.

There was a special moment at the end, when more than 30 Merdeka Generation servicemen wearing their old uniforms saluted the crowd to extended applause. The segment was meant as a show of appreciation for their contributions to Singapore’s security in the early years of its independence.

In Act 3, titled Our River, some 380 performers from the People's Association and 40 from the Music and Drama Company danced in formation in colourful ethnic costumes, representing the country’s multiculturalism, against the sunset hues of the Central Business District.

A short film by multimedia director Royston Tan featured Singaporeans speaking in different languages and dialects about how their ancestors brought their rich cultures to Singapore, as well as discussing weddings, festivals, folklore and food.

The next segment, Our Nation, was the first-ever devoted to hip-hop and rap music, interspersed with three clips telling the stories of four Singaporeans from different backgrounds who overcame adversity with resilience and courage.

In the futuristic Act 5, titled Our Dreams, the audience was treated to a laser show, as well as the appearance of NDP's largest-ever prop – a 6m-tall, 1,000kg metallic lion, symbolising pride and confidence.

As the night drew to a close in the finale segment, performers from Acts 3 to 5 gathered to sing this year’s parade theme song, Our Singapore, as well as Kit Chan’s Home.

Local rock icon Ramli Sarip - dubbed Papa Rock - delivered a soulful rendition of the National Anthem, before the fireworks went up as the Padang turned into a giant sing-along session, with tunes such as We Are Singapore, We Will Get There, and Stand Up For Singapore.

For those who missed Friday's fireworks, four-minute firework displays – as well as a mobile column and carnival – will be held in five heartland areas on Saturday. These are Bishan, Wisma Geylang Serai, Jurong East, Punggol and Woodlands.