The video features, among others, singer-songwriter Dick Lee and home-grown singer Kit Chan.

SINGAPORE - The likes of Stefanie Sun, Rahimah Rahim and The Sam Willows have come together as part of an assembly of 27 artists to sing this year's theme song for the National Day Parade (NDP).

It was composed by well-known singer-songwriter Dick Lee, who is also the creative director for NDP 2019.

The music video features an inter-generational cast of almost 300 Singaporeans aged three to 93, to symbolise the passing of the nation-building baton from one generation to the next. 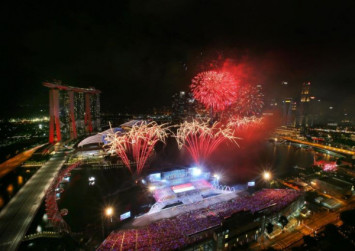 The song is one of the ways Singapore's 54th birthday bash will focus on the Bicentennial commemoration and the theme of collective ownership of the Singapore Story.

Brigadier-General Yew Chee Leung, chairman of the NDP 2019 executive committee, said the theme - Our Singapore - is simple to understand and complements the Bicentennial.

"We want to emphasise the collective ownership of Singapore, just as early generations believed in Singapore, took ownership, and put in their blood, sweat and tears to build Singapore to what it is today," said the Chief Armour Officer.

This year's parade returns to the Padang for the first time since 2015 to mark the 200th anniversary of the arrival of Sir Stamford Raffles in Singapore.

Watch this year's NDP theme song, Our Singapore, which is a mash-up of National Day tunes by 27 artists including 孫燕姿...

The Padang was also the site of post-independent Singapore's first NDP in 1966.

This year's show will include a Bicentennial segment featuring eight floats of organisations that have contributed to building various aspects of Singapore society since the 19th century.

The celebrations will continue the day after the parade, with carnivals by the People's Association held at five heartland locations. They will feature segments of the mobile column of vehicles and culminate in fireworks displays at night.

The carnivals on Aug 10 will be held in Bishan, Geylang Serai, Jurong East, Punggol, and Woodlands.

Details of this year's celebrations, including the theme and logo, were revealed by the NDP executive committee at a media briefing on Wednesday (May 22) at the Asian Civilisations Museum. Parade-goers can expect to see the A330 Multi-Role Tanker Transport (MRTT) aircraft during the aerial display, and the next-generation Armoured Fighting Vehicle in the 171-vehicle mobile column.

Both assets are making their first appearances at the NDP.

The MRTT made its first appearance at the Republic of Singapore Air Force's 50th anniversary parade in September 2018. The next-generation armoured fighting vehicle is expected to be unveiled this year.

Organised by Headquarters Armour, together with agencies from the private and public sectors, the parade will also feature a Singapore Armed Forces and Home Team volunteer contingent for the first time.

Dr Sydney Tan, who is NDP 2019's music director, said it was tough to decide who got to be featured in the music video.

"Once we explained to them what this was about; that it's not about who's a star and that we're laying down our egos at the door as fellow Singaporeans, there was no problem. It was lovely to see the 18-year-olds meet and hobnob with the 90-year-olds and see relationships form. It was brilliant," he said.

For him, the biggest message from the theme song was gratitude.

"It's the realisation that everything I can do today is because of the choices of people who came before me, such as my parents, teachers and mentors. 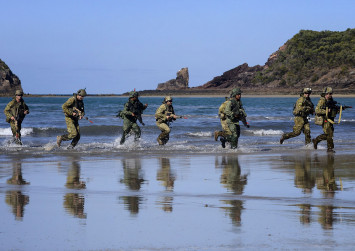 "Our response to that is gratitude, and that's the main thing about the theme song, when you see this inter-generational picture... what they are saying is that we're all part of the journey together and we're acknowledging all that came before us."

Besides the well-known artists, the video also features five children who previously took part in ChildAid, an annual charity concert co-organised by The Straits Times and The Business Times.

Last year's theme song by local singer Charlie Lim was We Are Singapore, a remake of the classic song of the same name written in 1987.