For the past few days, a man has had to carry his toddler and stroller up and down the stairs of his HDB block during mealtimes.

The only lift serving his four-storey block at Bukit Batok Street 32 started undergoing the Lift Enhancement Programme (LEP) on Nov 14.

But he soon gave up on heading out to buy his meals.

"I sprained my back from all the lifting and climbing, so I ordered food in," the resident surnamed Su told Shin Min Daily News.

The 32-year-old, who lives on the top floor of the 16-unit block, found the 12-day upgrading works to be too long.

"There is only one lift in the block, so this inconveniences those who need to use it," he said, voicing concern for elderly residents and delivery personnel.

And while help was offered to residents during the lift's downtime, Su is hesitant to ask for assistance because he doesn't want to trouble others.

While he saw taking the stairs as exercise, a 29-year-old resident surnamed Wang said he was worried about his neighbours who are elderly or have mobility issues.

The town council added that it understands residents' concerns, saying: "During the planning stage, we worked with the lift contractor to reduce lift upgrade duration from three weeks to 11 working days".

“We seek residents’ understanding and patience, safety continues to be our topmost priority.”

Those with mobility needs and require special assistance can contact the town council by calling 6569 0388 or sending an email to info@ccktc.org.sg, and it will try its best to make suitable arrangements. 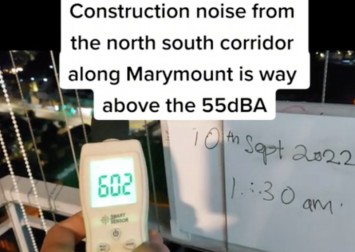 Just last week, a Chinatown resident got a shock after coming home and finding a gondola on her fourth-floor flat's balcony.

"The balcony is part of my house.

"The contractor left the gondola there without asking for my permission, which can be considered trespassing," the 72-year-old retiree protested.

Jalan Besar Town Council later clarified that the contractors had mistaken the woman's balcony for public property and left the gondola there.