With more individuals working from home during the pandemic, tension levels could run at an all-time high.

Take it from Geralyn Amy Yeh, mum of a 5-month old baby who received a feedback note from her neighbour. 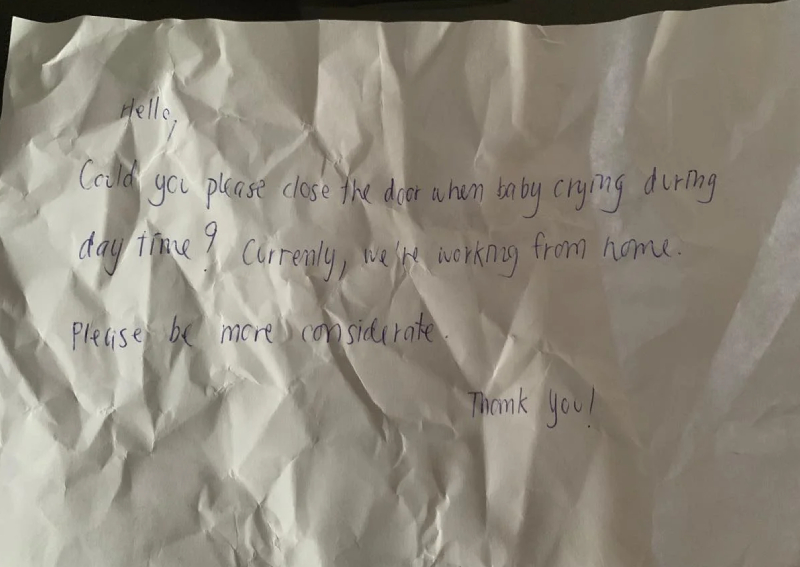 According to Yeh, neighbours who were working from home were frustrated by her baby's cries. In the note, they requested her to close the door during the day.

The note — which was left unsigned — also urged Yeh to be more considerate.

But turns out, the note was not the only outlet for the neighbour's displeasure. According to Yeh, the neighbour even came over to scold and shout at her helper.

Mum hits back with letter to neighbour

Detailing her experience in a Facebook post on Tuesday (14 Jul), Yeh shared a letter she had written in response to her neighbour's feedback. 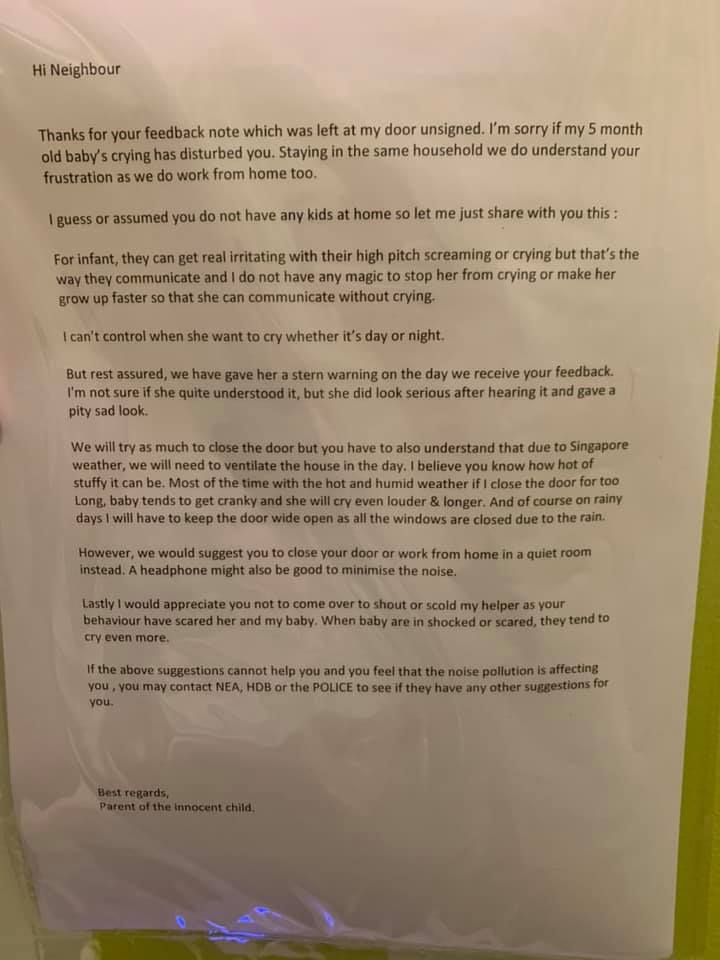 Mum hits back with letter to neighbour after receiving a feedback note. PHOTO: Facebook/Geralyn Yeh

She sought to highlight that it is a baby's natural way of communicating his/her wants.

"For infant, they can get real irritating with their high pitch screaming or crying but that's the way they communicate and I do not have the magic to stop her from crying or make her grow up faster so that she can communicate without crying (sic)," she wrote.

She also hit back with a witty response to her neighbour, whom she assumed to have no kids at home resulting in their failure to relate to her situation.

Following the incident, Yeh wrote that she has since given her 5-month-old a "stern warning".

"I'm not sure if she quite understood it, but she did look serious after hearing it and gave a pity sad look", she further described.

While Yeh said that she will try to comply with her neighbour's requests such as closing the door, she also highlighted concerns over how it could be "stuffy" and that her baby could get "cranky", hence crying even louder and longer.

She also suggested that her neighbours close their doors instead, and added that they can consider wearing headphones "to minimise the noise."

After apologising for the disturbance her baby's crying may have caused her neighbour, she thanked them for the feedback. She then went on to say: "I would appreciate you not to come over to shout or scold my helper as your behaviour have scared her and my baby (sic)."

Describing her baby's cries as "noise pollution", she sarcastically suggested that her neighbours to contact authorities such as the National Environment Agency (NEA), Housing and Development Board (HDB) or the POLICE for other suggestions to keep the volume down.

Yeh signed off the letter, as if reaffirming her and her baby's stance in the situation, as the "parent of the innocent child."

Can we fault the baby from crying because she has no choice? Should the mum have minced her words? Could the neighbour have managed the situation more amicably without expressing anger at the helper?

A Reddit user shared his sentiments on how the situation can be settled amicably.

Meanwhile, on Facebook, some noted on the neighbour's "inconsiderate" behaviour, and empathised with the mum. 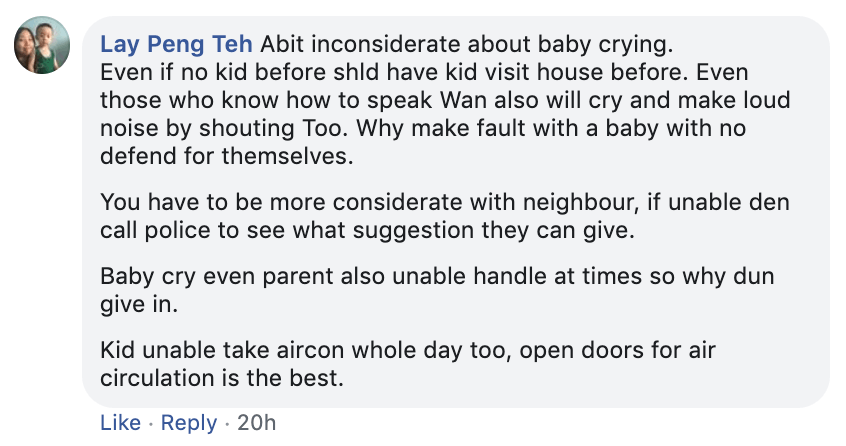 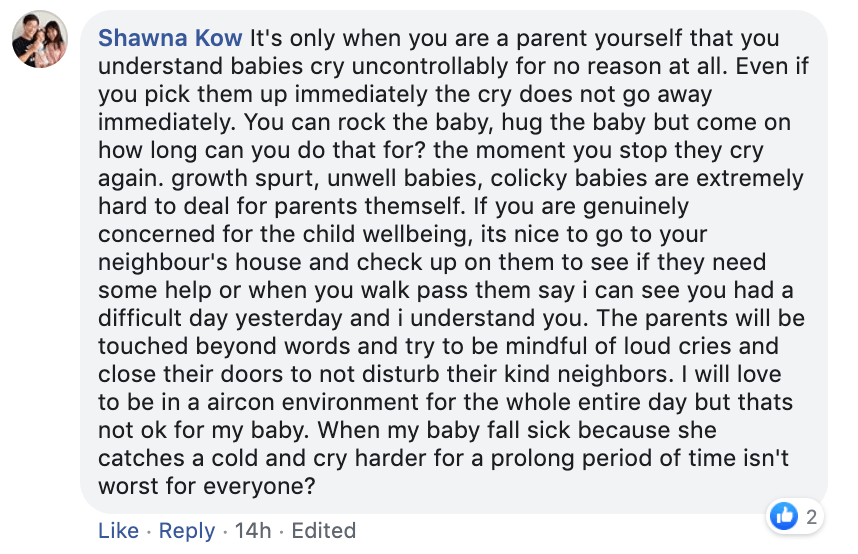 In this very difficult time we are facing as a community, even a little bit of patience and understanding can go a long way.