SINGAPORE - E-payment firm Nets on Thursday (Aug 1) apologised for any hurt caused by its recent advertising campaign to promote cashless payments, which featured a Chinese actor in "brownface".

The ad, which was described by politicians and Web users as insensitive and offensive, featured Mediacorp actor and DJ Dennis Chew portraying characters such as a woman in a tudung and a man with visibly darker skin. It was displayed online and in hawker centres.

"Nets would like to apologise for any hurt that its campaign has caused. The intent of the campaign was to communicate that e-payment is for everyone," the company said in a statement.

Police reports have been made against the controversial ad as well as an online rap video created in response to it, featuring YouTuber Preeti Nair and her brother, rapper Subhas Nair.

The Nets campaign, featuring Mr Chew, was for a unified e-payment solution being deployed at hawker centres, canteens and coffee shops. 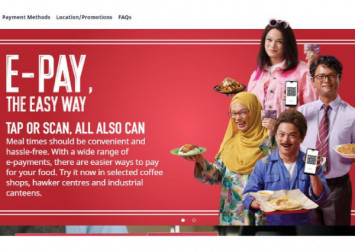 It comes under a multi-agency effort led by Enterprise Singapore to promote cashless payments, and Nets was appointed as the "master acquirer" to handle payment transactions and drive adoption of e-payment in small food businesses.

The other agencies involved in the e-payment initiative are the National Environment Agency, the Housing Board and JTC Corporation.

The Straits Times approached Enterprise Singapore on Wednesday for its comments on the matter. It has yet to respond.

Broadcaster Mediacorp, through its celebrity management wing, has apologised for the ad, and the epaysg.com website has also removed it.

Both the e-payment ad and responding rap video have been lambasted by ministers and MPs, as they stressed the importance of maintaining racial harmony in Singapore. 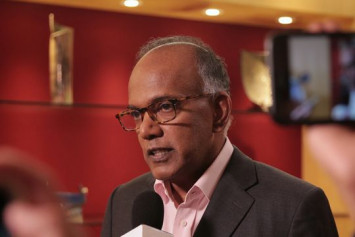 Law and Home Affairs Minister K. Shanmugam said on Tuesday that the rap video "crosses the line" and aimed to make minorities angry with Chinese Singaporeans.

News broadcaster CNA has also removed Mr Nair from its upcoming music documentary, for his appearance in the video. "CNA strongly objects to all such offensive content which threatens racial harmony and will not associate with individuals who intentionally create such content," it said in a statement on Wednesday.

The Infocomm Media Development Authority (IMDA) said on Wednesday that it has asked individuals and Internet platforms to remove the video.

The police and IMDA also advised people to refrain from circulating the rap video.