New NSmen base pay set at $1,600 per month, further $2,000 in cash given to those who complete NS milestones

Over 100,000 NSmen and 25,000 employers, which sometimes claim on their employees' behalf, are set to benefit, said Defence Minister Ng Eng Hen.

SINGAPORE - Fewer operationally ready national servicemen (NSmen) will have to submit claims for lost income during reservist activities, with make-up pay to be automated and a new base NS pay set at $1,600 per month, claimable by all regardless of rank and vocation.

Defence Minister Ng Eng Hen said during the Budget debate in Parliament on Wednesday (March 2) that the new initiative will tackle "a longstanding issue" for NSmen, who in the past had to submit documents to prove their fixed and variable monthly income for compensation.

He did not say when the initiative would take effect. Over 100,000 NSmen and 25,000 employers, which sometimes claim on their employees' behalf, are set to benefit, Dr Ng said.

"This will be especially useful for those in informal employment and training," he added. "The base NS pay is set at $1,600 per month and pro-rated for the duration of NS call-ups."

Senior Minister of State for Defence Heng Chee How will provide more details on the initiative during Thursday's parliamentary session.

The improvements are part of several initiatives developed by the NS review committee set up in 2020, chaired by the deputy secretary of the Ministry of Defence's (Mindef) administration and the Chief of Army, to review aspects of NS. 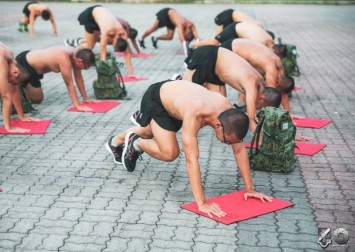 Dr Ng said the committee has also decided that full-time national service enlistees should undergo what he called "functional assessments" as part of their pre-enlistment routine medical screening, which will more precisely gauge what vocation the individual is capable of performing.

He did not say what these assessments are or what vocations these would involve, but Mr Heng had previously said this is part of Mindef steering away from a binary medical classification of combat-fit soldiers versus non-combat fit enlistees, as technologies change and Singapore aims to do more with fewer recruits due to falling birth rates.

The Singapore Armed Forces has been trialling functional assessments so that those initially deemed ineligible can still be trained as transport operators.

Dr Ng said Mindef has redesigned 1,000 jobs in tandem so that more servicemen can contribute in areas they were not previously eligible for.

He also said that a further $2,000 in cash will be given to those who complete NS milestones, as NS marks its 55th anniversary this year.

This article's headline has been edited for clarity.

READ ALSO: Historic Guillemard Camp to be demolished this month, soldiers who served there return to 'book in, book out' one last time