New Sengkang Town Council to be run on its own, WP's He Ting Ru to be chairman

WP's Ms He Ting Ru had led the Sengkang GRC team to victory in the July 10 polls.

SINGAPORE - The newly elected Sengkang GRC MPs from the Workers' Party have informed the Ministry of National Development that they intend to run the new Sengkang Town Council on its own, without merging with any other constituency.

In a Facebook post on Sunday (July 19) to update residents on developments, WP's Sengkang team leader He Ting Ru also said she would chair the new town council.

She added that her team had written to both Ang Mo Kio Town Council (AMKTC) and Pasir Ris-Punggol Town Council (PRPTC)  on July 11 to request a preliminary meeting to discuss the handover.

The Anchorvale ward in the new GRC is currently managed by AMKTC, while the Punggol East and Sengkang Central areas are overseen by  the PRPTC.

Last Wednesday, the WP team made a specific request for copies of the contracts for managing agent services and use of town council management software to be provided to them as soon as possible, she said.

"PRPTC, whom we understand to be coordinating the handover with AMKTC, suggested a virtual meeting on Friday, July 17," she added.

Ms He said her team repeated their request for copies of the contracts at the virtual meeting last Friday, and asked for an in-person meeting next week to further discuss the handover and get a briefing on operational matters relating to both town councils.

They secured 52.12 per cent of the vote in the new Sengkang GRC, defeating a PAP team led by labour chief Ng Chee Meng.

In 2011, the WP merged the town councils for Aljunied GRC and Hougang SMC following the general election, after the party made history by winning the group representation constituency. The WP also added Punggol East to the town council after winning the single seat in the 2013 by-election. 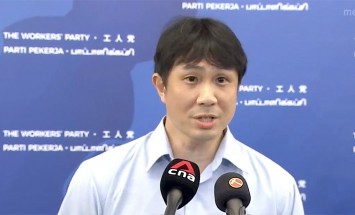 After GE2020, WP chief Pritam Singh had said the party's preference is to run Sengkang as a standalone town council as it has sufficient economies of scale.

Ms He also noted that some Sengkang residents have been calling the Aljunied-Hougang Town Council to report estate matters.

She told residents that they should still report estate matters and pay service and conservancy charges to AMKTC and PRPTC until given further notice as these town councils are still in charge of managing the HDB estates in Sengkang.

"I will provide further updates on the progress of the takeover in the coming weeks. Thank you for your patience and faith in us," she said.