You would have probably attended a wedding dinner or two where party favours like fruit jam or keychains were given out, but what about a TOTO slip?

Stomp contributor Selina attended her daughter's wedding dinner on Sunday (July 7) at Conrad Hotel when the emcees mentioned a surprise under the guests' plates at a welcome speech.

Selina told Stomp: "All the guests were excitedly waving their tickets in the air after the emcees announced what the newlyweds had in store for them."

Selina shared that one of the guests had won $50 from the TOTO slip under her plate.

As the bride's mother, Selina said: "I was fully supportive of it. It's a refreshing idea - to put TOTO slips under the plates and getting the guests excited and hopeful of winning a potential $4.2 million." 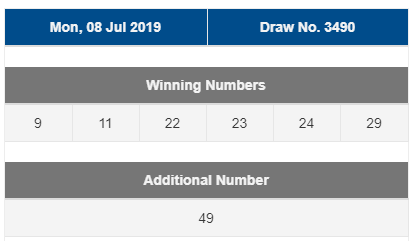