A relief physical education teacher at National Junior College (NJC) has been terminated for inappropriate behaviour.

The coach, a student at Nanyang Technological University, admitted to sending inappropriate messages to female students from April to June, including asking one to meet him in his hostel room.

Several messages sent to the 17-year-old girl on social media platform Instagram were shared with The New Paper.

In the messages, he asked her to "go into my heart" and meet him in his "comfortable room" to play some games.

TNP understands that the messages made her uncomfortable, but she still met him in the single-bed hostel room with friends.

In other messages, he called her an angel and asked her out to study together. TNP understands the coach, who is in his late 20s, also sent similar messages to other female students in the JC.

The girl's boyfriend, 20, told TNP that the coach had joined NJC earlier this year.

"When I asked him if he thought what he did was professional, he told me to just trust my girlfriend more," said the full-time national serviceman.

He said when he and the girl complained to the vice-principal, "he just brushed it off".

The school later closed the case without taking action against the teacher, he added, and the girl was told to "trust the teacher's professionalism".

However, NJC refuted his version, saying it was still investigating at the time.

Its spokesman said: "Our vice-principal was alerted by the student's parent about the inappropriate message sent in one encounter.

When contacted, a Ministry of Education (MOE) spokesman said it works closely with schools on the well-being of students and will continue to do so. 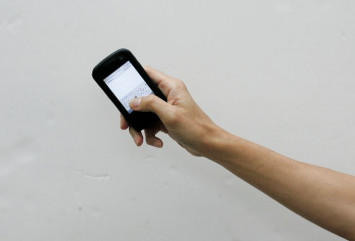 She added: "MOE takes a very serious view of every case where staff fall short of expected standards, even for relief teachers.

"For cases where relief teachers fail to comply with our standards of conduct and discipline, the schools will terminate their services."

Coaches contacted by TNP said it is not acceptable to invite students and athletes to meet them at their residences, and such practices are not normal.

Mr Gary Guwe, 33, a communication skills coach at Catalyst Empowerment Academy, said it was important to draw a clear line between teacher and student.

"I do not talk about my personal life or anything intimate, and I do not share what I do in my free time," said the coach of 13 years.

"Even when the students are being cheeky, coaches should refrain from further engagement."

A coach in his 20s, who oversees a national team and wants to be known only as Mr Zhang, said coaches should not abuse their position of authority.

"It is inappropriate for coaches to ask their athletes out, let alone to their hostels," he said.

"There are guidelines that coaches should follow to protect the athletes and themselves."

He added that registered coaches with Sport Singapore (SportSG) are now drilled on such guidelines, which include rules on the safety of children.

"Such actions go against the very fundamental values of sports... It must be our goal to establish a safer, more positive environment for our current and future athletes."