Instead of bumping shoulders with others in a crowd at open-air venues, voters in Singapore would have to tune in to rallies online through their screens, should the next General Election (GE) happen in phase 2 of Singapore's reopening.

As large group gatherings are currently prohibited under prevailing public health guidelines, the police will not grant permits for any election meeting, including physical rallies.

Noting that the GE might take place during the Covid-19 pandemic, the Elections Department (ELD) announced preliminary campaigning guidelines on Thursday (June 18).

From June 19, political parties and candidates will be allowed to go on walkabouts and door-to-door campaigning.

However, they must adhere to prevailing public health guidelines including wearing masks, keeping to groups of up to five people, and maintaining a 1m distance from others. They're also required to keep interactions short and minimise physical contact with the public such as shaking hands.

Unlike previous elections, candidates are not allowed to speak 'live' from perambulating vehicles. This is to prevent crowds from gathering around them, ELD explained.

The battle for votes also appears to be shifting online, as political parties and candidates have been urged to plan for modes of campaigning that don't involve physical gatherings.

To give them more airtime for campaigning, ELD has introduced the Constituency Political Broadcasts (CPB) which will be aired on Mediacorp's Channel 5.

In these broadcasts, each candidate contesting in a constituency will be given three minutes to reach out to voters. For a five-member group representation constituency, for example, the team will get a total of 15 minutes. They can decide if one or more candidates should speak during the allotted time, and may speak in any of the four official languages.

The CPB are a special, one-off arrangement for the coming GE due to the Covid-19 situation. This is on top of the Party Political Broadcasts, which will be aired on 19 TV and radio channels, up from 13 in the 2015 GE. 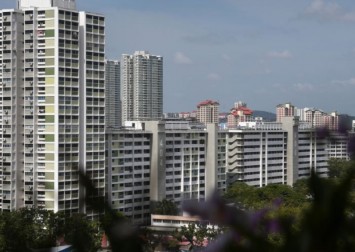 In lieu of physical rallies, candidates have the option of holding their own e-rally live streams, ELD said.

However, they can also opt to use venues provided by the government for e-rally live streams at specific time slots. These venues, equipped with basic technical setup and internet connectivity, will be provided at a subsidised rate.

Campaigning activities on the internet must abide by Parliamentary Elections (Election Advertising) Regulations.

The preliminary campaigning guidelines have been drawn up with two main considerations in mind, ELD said. They are to protect the health and safety of the public including voters, candidates and election officials, as well as ensure that voters can make informed decisions by having access to campaigning messages of all political parties and candidates.

This follows ELD's announcement of safety measures for polling day on June 8.

The next General Election must be held by April 2021.