No proof of asymptomatic transmission of coronavirus: NCID

Dr Shawn Vasoo, clinical director of the National Centre for Infectious Diseases, said that as far as is currently known, "transmission is predominantly still through symptomatic persons".

SINGAPORE - There is no robust proof that the coronavirus can be spread by someone with no symptoms of the disease, said Dr Shawn Vasoo, clinical director of the National Centre for Infectious Diseases (NCID).

A letter in the New England Journal Of Medicine on Jan 30 saying that this has happened has since been proven to be wrong, he said.

The letter by doctors from the University Hospital of Ludwig Maximilian University of Munich had said a German businessman had caught the infection from a Chinese woman whom he had met when she was in Germany.

They said the woman had only become sick on her flight home to Shanghai and was later found to be infected with the coronavirus.

This had led to fears of asymptomatic transmission, which would be difficult to stem.

However, it later transpired that the doctors had not spoken to the woman at all, and had merely taken the German man's word that she had been well when they had met.

However, when she was interviewed in Shanghai, she disclosed that she had been sick while in Germany.

Since then, there have been other anecdotal reports, including a letter in the Journal Of The American Medical Association on Feb 21 by a team of doctors from China.

They described five members of a family in Anyang, China, who were infected by another family member who was "presumed" asymptomatic. She had been in Wuhan, where the family and the doctors believe she was infected by the virus.

However, the doctors, who were more cautious in claiming it as an asymptomatic transmission, said: "The sequence of events suggests that the coronavirus may have been transmitted by the asymptomatic carrier."

Dr Vasoo said this report is limited in that is not so clear about whether the patient in question had infected the others, or was infected by them. It was presumed that she was the source of the infection simply because she had been to Wuhan, the outbreak's epicentre.

He added that in this case, “environmental contamination or exposure to other infected persons cannot be excluded”.

Professor Paul Tambyah, an infectious diseases expert at the NUS Yong Loo Lin School of Medicine, said of this report: “That is the only case in the peer reviewed literature so far and I am not totally convinced about it.”

But he added that while there is no concrete proof, “I think it is certainly possible that people who are about to get ill may be able to transmit the infection”. 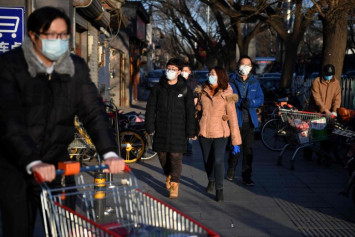 People with influenza or chicken pox viruses can infect others “the day before the onset of symptoms”, so it is possible that the coronavirus does too, he said.

Dr Robert Redfield, director of the US Centers for Disease Control and Prevention, had also said in an interview with CNN about a week back that the virus can be spread by someone with no symptoms.

But he said this belief was based on information from his colleagues in China.

Dr Vasoo said that as far as is currently known, "transmission is predominantly still through symptomatic persons".

Some who are said to be "asymptomatic" may actually have "mild symptoms that people do not make much of", he said.

He added: "While it is plausible that viral diseases may transmit in varying degrees and durations in the pre-symptomatic phase, we do not have robust data that it happens or to what extent it is for Covid-19."

When asked about international reports of asymptomatic carriers of the virus, a Ministry of Health (MOH) spokesman on Monday (Feb 24) noted the case in Germany was later retracted and said it was aware of the case report from China.

“But I think apart from that case report, we don’t really have much information about the circumstances in which it occurred,” he said.

The spokesman added that with nearly 80,000 patients worldwide, it was not surprising to find one or two outliers, and that there will be more outliers as the number of cases grows.

Instead of focusing on asymptomatic transmission, people should think about “what we can all do to protect ourselves”, he said, reiterating the importance of personal hygiene.

“And we do have to tailor the way we manage this outbreak based on the best advice or the best knowledge that we have at that point in time.”