No Signboard CEO arrested and bailed in share buyback probe; not charged with any offence

SINGAPORE - Seafood restaurant operator No Signboard Holdings said in a regulatory filing on Thursday morning (May 2) that its chief executive officer Sam Lim Yong Sim was arrested on April 30 and is on bail, although he has not been charged with any offence.

The arrest was made on reasonable suspicion of breaches in the Securities and Futures Act under Section 197 on false trading and market rigging transactions, as well as Section 218 on prohibited conduct by connected person in possession of inside information, said the company.

The arrest is part of an ongoing probe by the Singapore Police Force's Commercial Affairs Department (CAD) into the company's Jan 31 abortive share buyback. Those shares were bought at a price that was above the regulatory limit on share buybacks, and were purchased during a black-out period.

The company also clarified on Thursday that copies of the documents in connection with the abortive share buyback had been provided to the CAD. 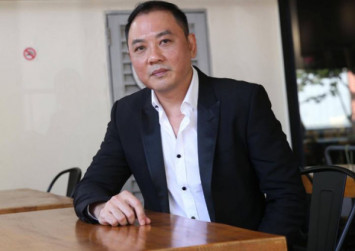 Mr Lim's passport was earlier seized by the CAD as a requirement during investigations, the company said on Monday.

Its board of directors reiterated that the business and operations of the company will continue as usual. The company said it will continue to "co-operate fully" with the CAD in the probe.

Its shares closed at 8.5 cents on Tuesday, up 0.8 cent from Monday's close.