SINGAPORE - No Singaporean student is ever displaced from an institute of higher learning (IHL) because of a foreign student, said Education Minister Ong Ye Kung.

Mr Ong told the House on Monday (Aug 5) that the number of places in higher-learning institutes is planned with Singaporean students in mind.

After the IHLs admit all Singaporean students who meet their standards, they then "raise the bar by a few notches" and admit a "small minority" of foreign students, he said.

The minister said the annual education budget of about $13 billion is "overwhelmingly" spent on local students, through subsidies and financial aid to make education affordable.

Such financial aid, in the form of assistance and bursaries, is for Singaporeans only, he added. 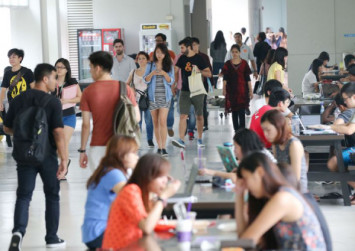 Mr Ong also said annual government spending on scholarships and tuition grants for foreign students has fallen by about 50 per cent over the past 10 years.

Spending on such scholarships comes up to around $130 million a year - 1 per cent of the annual education budget.

Expenditure on tuition grants amounts to about $108 million.

However, these are nominal figures, Mr Ong said.

While those amounts are the value of the scholarships and tuition grants awarded to foreign students, they do not reflect the cost to the system as a whole, he added.

He noted that overhead costs such as buildings, laboratories, equipment, management and manpower will need to be incurred even without having foreign students.

"If we send back all our international students, what we will lose are the opportunities for Singaporean students to build bonds and bridges with students from other countries, and expand their network of friends. This is an increasingly important aspect of education because we are working in a globalised, multicultural world."

International students are also "a catchment" of people who can contribute to Singapore, he said, noting that those awarded scholarships are required to work here for at least three years after graduating.

"Even if they decide to leave Singapore after fulfilling their obligations, they can be part of our valuable global network of fans and friends, who can speak up for Singapore, and forge collaborations with Singapore."

Mr Ong also pointed to reputable IHLs around the world that admit international students and provide them with financial support.

"The best universities around the world - Oxford, Yale, Ecole Polytechnique, Technical University of Munich, et cetera - all have a diverse and international student body, far more than our IHLs in fact. 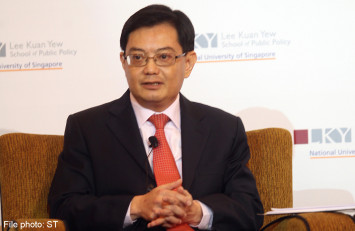 "Because of that, Singaporeans studying overseas also benefit from subsidised fees or scholarships from overseas universities... So we give some and take some, and our IHLs cannot depart from this international practice norm, and has to be part of this global education network."

Mr Perera asked if the Education Ministry (MOE) tracks the proportion of government spending on foreign students in other developed countries, as a percentage of their education budget.

Mr Ong replied: "The aid given by universities in other countries comes from the university, whereas for us it's from the government, because in our system, it's a bit different... Ours is a much more public and centralised system."

The MOE does not have numbers on how much other governments spend on foreign students, he added.

"We can try to find out some numbers but there is no doubt that all systems around the world use their universities to attract talent all over the world... There's a fight for talent in the whole world. I think we can't run away from that."

Mr Ong also asked Mr Perera about his position on the issue, and whether he advocated a "zero international students policy".

Mr Perera said: "My view would be that a certain amount of spending is certainly justified and that spending has to be calibrated based on the benefits that we receive back."

The current spending "seems on the high side", Mr Perera said, but added that he would "keep an open mind" if there is government data on the benefits of such funding, and how it compares to spending by other governments.

Responding, Mr Ong said: "So (if Mr Perera) is Minister for Education one day, he will send back more international students. But I think fundamentally, there has been no disagreement with the approach of Ministry of Education."