#NoMoreTopDown: Over 10,000 sign petition calling for reversal of Yale-NUS merger

The petition contends that despite the stakes that students and NUS staff have in the merger decisions, they were left out of the process and only informed of the outcome.

SINGAPORE - More than 10,300 people have signed an online petition calling on the National University of Singapore (NUS) to reverse its decision to merge Yale-NUS College with its University Scholars Programme (USP).

It is hosted on petition platform website change.org and titled #NoMoreTopDown. It carries a statement from a group of NUS students from different faculties.

Speaking to The Straits Times on Tuesday night via Zoom, three students from the NUS Faculty of Arts and Social Sciences said they helped draft the petition and that more than 200 students across different faculties were involved. One of them, a fourth-year USP student, said the petition was published on Monday (Aug 30).

It states that the decisions from NUS to merge these faculties was lacking in transparency and consultation with both faculty and students, and shows a failure to care for the welfare of staff and students.

The decision to merge Yale-NUS and USP was announced last Friday. The college will stop taking in new students and the final batch will graduate in 2025.

The college offered a liberal arts programme, as part of a tie-up between NUS and the elite Ivy League university Yale in the United States that began in 2011.

The announcement was met with dismay and anxiety from students who said they had concerns over their future.

About 18,000 students - or about half of NUS' total student body, are expected to be affected by the mergers. 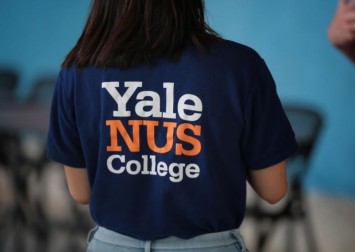 The petition said although students and NUS staff would be affected, they were left out of the decision-making process.

It added that NUS should reverse all three mergers and allow some form of review where student leaders, for instance, can be involved.

Earlier on Tuesday, about 400 former Yale-NUS students attended a townhall meeting with leaders from the college, including its president Tan Tai Yong.

They also raised questions on a range of topics involving the merger, including why and how the decision was made.

In response, college leaders said even many members of the Yale-NUS senior management were not given details, and were informed only last month (July).

Yale-NUS graduate Natalie Tan, 26, said: "We tried our best to get answers but the people who made the decisions were not there to talk to us."