SINGAPORE - The committee set up to review how the National University of Singapore (NUS) handles sexual misconduct has recommended tougher penalties for offenders.

In an e-mail circular sent to students and staff on Wednesday (May 15), Madam Kay Kuok, who chairs the committee, proposed a minimum one calendar year suspension period from the university, and expulsion in the case of severe offences.

She also recommended certification of rehabilitation by a counsellor and/or medical professional before any offender can be permitted to return to campus after a suspension.

Offenders would also have details of their suspension noted on their transcript - which is disclosed for internships and employment - with the record to remain on it for a period of time after graduation. 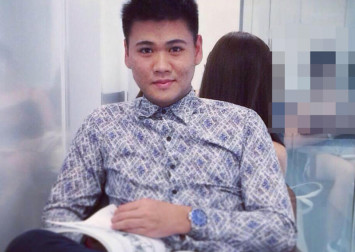 In April, NUS revealed it has a "second strike and you are out" approach for sexual misconduct cases. The policy had been heavily criticised by students and members of the public for being too lenient. Education Minister Ong Ye Kung had also called it "manifestly inadequate".

In the e-mail, seen by The Straits Times, Madam Kuok, a member of the NUS board of trustees, said the committee conducted a comprehensive review of the sanctions framework for sexual misconduct, and consulted student representatives and subject matter experts.

"There is a clear need to recalibrate the sanctions framework and toughen the penalties for sexual misconduct to serve as a strong deterrent, and to reflect the severity of the offences," she said.

She added that the committee is reviewing the university's proposal to set up a dedicated Victim Care Unit, which will be "staffed by trained and experienced care officers to support victims from the point of incident until special care is no longer required".

The committee has also commissioned an independent research consultancy to conduct an online survey to gather the views of the entire student body. The responses will be kept anonymous and confidential, and the results will be shared with students.

Over the next three weeks, the committee will seek the views of students, alumni and experts on the proposed sanctions, she said, adding that an invitation to register for engagement sessions will be sent.

Its final report will be published by mid-June.

The committee was formed after NUS undergraduate Monica Baey, 23, posted on Instagram that a fellow undergraduate who had filmed her in the shower at the Eusoff Hall student residence last November had received .too light a punishment. He was suspended for one semester, was instructed to write her an apology letter, had to undergo mandatory counselling and was banned from entering Eusoff Hall.

Her posts have since sparked a discussion about disciplinary processes in universities and how sexual misconduct cases are handled.