NUS found that Dr Jeremy Fernando had an "intimate association" with an undergraduate. PHOTO: FACEBOOK

SINGAPORE - The National University of Singapore (NUS) has made a police report against former Tembusu College don Jeremy Fernando following allegations of sexual misconduct made against him.

In a statement late on Wednesday (Oct 21), NUS said it went to the police "given the seriousness of the allegations". It had also advised the two female students who accused Dr Fernando of misconduct to do the same.

The university also provided a detailed timeline of when it first became aware of the allegations against Dr Fernando, and the actions it took - which included interviewing him and barring him from making contact with students.

Internal investigations found that Dr Fernando "had an intimate association" with an undergraduate - a serious breach of its code of conduct for staff, NUS said. The university thus sacked him on Oct 7.

Addressing criticisms from students about the way it handled the matter, NUS said: "We recognise that we could have shared information about the dismissal with Tembusu staff and students in a more timely manner and we endeavour to do better."

However, it felt it had to balance the interests of privacy and confidentiality, particularly for the victims involved, it added.

"The College places the utmost priority on the safety and well-being of its students. When the incident was made known to the College, it immediately took action to protect the student community and worked with the VCU to facilitate a fair and prompt investigation," the university said.

NUS said it had received a complaint from a student on Aug 27.

Dr Fernando was suspended on Aug 31, and was stopped from going to the university other than to assist in investigations.

NUS interviewed Dr Fernando on Sept 1 on the complaint. It completed its investigation into this case four days later on Sept 5.

A second student made a complaint on Sept 7. She was interviewed about it two days later. 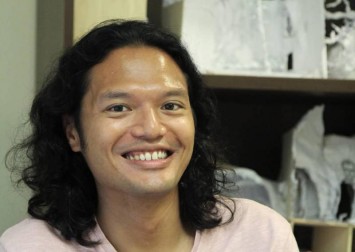 NUS said it spoke to both the victims, and put them in touch with an officer from the Victim Care Unit (VCU). University staff spoke to them about making a police report and assured them of support, including accompanying them to the police station.

Both students opted not to make police reports, said NUS in its statement.

On Sept 14, Dr Fernando was issued an order not to speak to the second student.

NUS completed investigations into the second case on Sept 21. On the same day, Dr Fernando was informed of the allegations against him and given seven working days to respond. He did so on Sept 30.

On Oct 7, NUS told Dr Fernando he was sacked. It also informed the two students and academic staff of this decision.

The VCU officer again spoke to the students about making a police report. They both decided not to.

On Oct 18, the college informed all staff and students about Dr Fernando's dismissal and continued face-to-face engagement with students and staff in small groups.

The next day, the care officer contacted the two students to check on them and Tembusu College continued its face-to-face engagement.

Tembusu College will continue to address students' concerns, said NUS, adding that the two women are being supported by the care officer. The college directors will also continue supporting the female student who is under their care.

NUS also said that it has, in response to a request from the NUS Students' Union, made the code of conduct for staff publicly available.

Among other things, the code of conduct stipulates that a staff must not engage in an intimate relationship with an undergraduate student, and ensure that they do not place themselves in a position of conflict of interest.

The two undergraduate women who earlier spoke to The Straits Times about the case did not want to be named or give their ages.

One of the women alleged that Dr Fernando made non-consensual sexual advances, such as kissing and groping her, and performed oral sex while she was drunk.

The other woman alleged that he tried touching her and kissing her. He later told her not to tell anyone, and that if she did not keep it a secret, he would lose his job.

Dr Fernando has not responded to queries from ST.

The police confirmed last night that a report has been made and investigations are ongoing.