SINGAPORE - Education Minister Ong Ye Kung said on Monday (April 22) the penalties meted out by the National University of Singapore (NUS) on a recent sexual misconduct case were "manifestly inadequate".

Commenting publicly for the first time on the incident, Mr Ong said in a Facebook post: "Two nights ago, I spoke to the NUS President, and then the Board Chairman, to convey my concerns that the penalties NUS applied were manifestly inadequate in the recent sexual misconduct case.

"From here on, for offences that affect the safety of students on campus, we have to take a tough stand, and send a strong signal to everyone," he added. "Two strikes and you are out cannot be the standard application. NUS has to make its campus safe for all students, especially female students."

Two nights ago, I spoke to the NUS President, and then the Board Chairman, to convey my concerns that the penalties NUS...

He said that NUS will review its discipline and sentencing framework "swiftly and decisively". He has asked other universities to also review their mechanisms for similar offences.

Read Also
NUS' policy on sexual misconduct cases: 'Second strike and you are out' 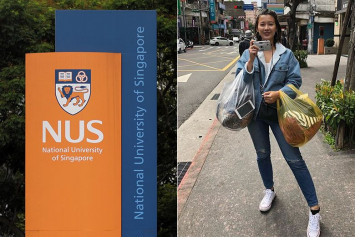 "I am confident NUS' review will result in a more robust process and stricter framework. The NUS Board and President are seized with this matter, and are determined to put a stop to such unacceptable behaviour on campus."

Mr Ong's comments come after members of the public and students called for harsher punishment against a man who filmed undergraduate Monica Baey in a shower at student residence Eusoff Hall last November.

Ms Baey, a third-year NUS communications and new media undergraduate, took to her Instagram account last Thursday and Friday to share that she had noticed an iPhone being held underneath the door after she finished showering at the hall on Nov 25 last year.

The 23-year-old expressed her frustration that the university had not done more against the perpetrator, who she revealed on her Instagram account to be a chemical engineering student.

According to Ms Baey, the university had asked the perpetrator to write an apology letter to her and undergo mandatory counselling. He was also banned from entering Eusoff Hall and suspended from school for a semester.

NUS, in a statement last Saturday, confirmed that the case was investigated by the police and the man was given a 12-month conditional warning by the authorities.

Since then two petitions have started online, gathering nearly 38,000 signatures and calling for harsher punishments for sexual offences on university campuses.

In a statement earlier on Monday, NUS said it has a "second strike and you are out" policy for sexual misconduct cases. Setting out how the university handles such cases, NUS vice-provost (student life) Florence Ling said a student found guilty of sexual misconduct for a second time will be expelled.

"For first time offenders, because we are an educational institution, we want to give the students a chance. Student offenders who appear before the Board of Discipline for the first time are given a range of punishments, but not immediate expulsion," she said.

However, students involved in multiple sexual misconduct incidents outside NUS who are caught by the university, even for the first time, will be expelled. 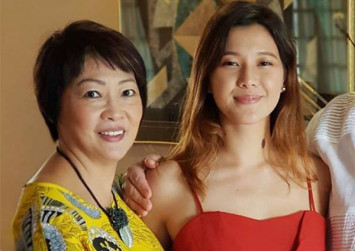 Following Mr Ong's comments on Monday night, NUS president Tan Eng Chye said in a statement that the "second strike and you are out" policy for sexual misconduct offences will be part of what a review committee, which has been convened to review the university's disciplinary and support frameworks, would look at.

"NUS will take a hard stand on offences that impact the safety our students. We must make our campus safe and supportive for all members of our community," he said. "I look forward to working closely the review committee members to strengthen disciplinary process and support network for our students."

NUS announced on Saturday that the review committee will study the approaches taken by other international institutions, solicit views from various stakeholders, and share its findings and follow-up actions in the new academic year, which begins in August.

The committee will be chaired by Madam Kay Kuok, a member of the NUS Board of Trustees and chairman of its nominating committee.

This artile was first published in The Straits Times. Permission required for reproduction.