NUS student who had Covid-19 feared hugging parents after recovering

Miss Esabel Lee with her father, Mr Jason Lee. She was so worried about infecting her parents that she asked them to keep their distance.

When her parents wanted to hug her after nine months apart, Miss Esabel Lee's reaction was to keep them away.

It was out of concern for their well-being because she had just been cleared of Covid-19.

They had gone to D'Resort @ Downtown East to pick her up when she was discharged last Saturday.

"I was still super cautious. My parents wanted to give me a hug, but I said no and told them to stay at least two metres away," she told The New Paper on Monday.

"It was necessary for your loved ones' safety. It felt like a happy reunion cut short."

But her stint was cut short when she and other students were recalled by NUS because of the coronavirus outbreak.

When Miss Lee arrived at Changi Airport on March 21, she volunteered to take a swab test as a precaution and was told she would get the result within one to three working days.

She then took a taxi to Citadines Rochor, an isolation facility arranged by NUS, where she would spend 14 days in quarantine.

The third-year undergrad said she had a sore throat and cold in her last week in New York.

"I also developed a fever a few days later and self-medicated with Panadol. My symptoms were gone three days later so I didn't think much about it."

After three days, Miss Lee had yet to get her test result from the airport. She also found out a friend she had been in close contact with in New York had tested positive.

On March 28, she consulted a general practitioner and was referred to the National Centre for Infectious Diseases (NCID).

"I had about an hour to pack my belongings, and I took some spare clothes, my laptop, my Kindle and some snacks," she said. 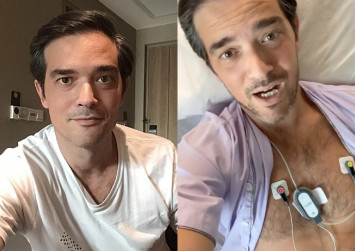 Miss Lee, Singapore's patient 815, was isolated at NCID for five days before being relocated to D'Resort @ Downtown East.

She had to go through more rounds of swab testing, comprising two tests each time, before she was discharged.

"There were two occasions when my tests came out negative the first time but positive the second time," she said.

"I felt dejected because I was worried my immune system was not strong enough to combat the virus or my symptoms could flare up at any point.

"I didn't know when I could see my family and friends again. My parents were really worried."

Miss Lee said her five weeks in isolation took a toll on her mental health.

To keep her spirits up, she spent her days reading and doing activities such as working out with her friends via the teleconferencing app Zoom.

As Miss Lee now has first-hand experience of being isolated, she was disappointed after reading reports of Singaporeans who did not take social distancing measures seriously.

Referring to a man who was jailed for breaching his stay-home-notice to eat bak kut teh, she said: "Everyone has a part to play in flattening the coronavirus curve. Bak kut teh will always be there, but not your parents and loved ones.

"I know how frustrating it is to feel like your freedom has been curtailed, but we should look at the bigger picture."

A psychiatrist in private practice, Dr Lim Boon Leng, said social connection and physical proximity to others is crucial to an individual's environment.

He said: "When that is taken away, people can start getting cabin fever, more restless and frustrated, and have the urge to go out into society again."

As isolation can lead to severe anxiety and hallucinations in some cases, he suggests that people adopt a daily routine and get enough exercise to stay mentally healthy during this period.

When contacted, Professor Chee Yeow Meng, director of the NUS Overseas College programme, said the NUS team maintained close contact with the students who returned to Singapore to ensure their health and well-being.

Prof Chee, who is also NUS associate vice-president (innovation and enterprise), added: "We are glad that we made the right decision to recall all our students, and we are very relieved that Esabel has made a full recovery."

Miss Lee's father, Mr Jason Lee, 54, said: "My anxiety kicked in when her swab results at D'Resort kept being unstable.

"I wondered if it was because her immune system was weak or if she could potentially get a relapse, with the virus coming back again."

On his daughter refusing a hug from her parents, he said: "I share her concern in keeping a safe distance away from each other. She still wore a mask at home for two days when she came back because she was concerned about us.

"We did share a hug in the end at home when she got back, but it was a brief one."