More than 100 victims have already received the payouts.

SINGAPORE - All OCBC customers affected by a recent spate of SMS phishing scams will receive "full goodwill payouts" covering the amount they lost, OCBC Bank said in a statement on Wednesday (Jan 19).

More than 100 victims have already received the payouts and the bank will make arrangements for the payout with all remaining affected customers by next week, it added.

"We seek the understanding and patience of our customers as thorough validation of each case requires time to ensure accuracy. This process is necessary so that every case is fairly and properly treated," said OCBC group chief executive Helen Wong.

"We apologise for taking more time than expected to resolve the issues with our customers during this time of distress and anxiety," she said.

Ms Wong said the bank has contacted customers who might not be aware that their banking activities were susceptible to the phishing scam.

"This has helped to prevent another 200 and more customers from falling prey to the scam," she added.

Nearly 470 OCBC customers lost at least $8.5 million last December to the phishing scams. Some victims have lost life savings built up over the years for their families.

The victims received unsolicited SMS messages purporting to be from the bank, claiming there were issues with their banking accounts and they had to click on a link given in the message to resolve the issue. 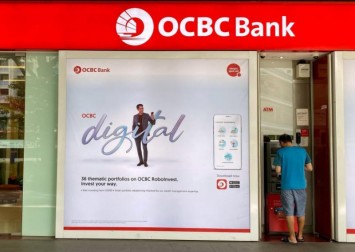 The link led to fake bank websites and victims were asked to key in their Internet banking account login details.

Many victims of the latest scams were fooled because the SMS sender name “OCBC” was spoofed by the scammers, and the fake SMS messages were grouped in the same SMS thread with genuine ones sent previously by OCBC for one-time passwords (OTPs) and transaction alerts.

OCBC said on Monday it had been making goodwill payments to affected customers since Jan 8.

In a separate statement on Monday, the Monetary Authority of Singapore said it would consider supervisory actions against OCBC and that it expected all customers to be treated fairly.

On Tuesday, The Straits Times reported that several OCBC customers had received payouts from the bank, but the victims declined to reveal details of the payouts, citing non-disclosure agreements they had signed.