SINGAPORE - An OCBC Securities remisier was among a group of representatives from local brokerages who testified to taking unauthorised trading instructions from John Soh Chee Wen and girlfriend Quah Su-Ling, who are accused of masterminding Singapore's most serious case of stock market manipulation, a court heard on Wednesday (March 27).

Remisier Ng Kit Kiat told the court that he initially lied when the Commercial Affairs Department (CAD) first began investigating the rout that wiped $8 billion of value from the stock market in October 2013.

Mr Ng, who is in his 70s, said he was called in for questioning by the CAD in the aftermath of the penny stock crash. He told the court that he had been taking instructions from unauthorised persons to make trades.

He said he was "so scared" as he knew that what he had done was a "very serious offence" and feared that his trading license could be cancelled.

"So I tried to protect myself" by not telling the truth in some statements, he said in High Court on Wednesday. But after investigating officers showed him all the documents, he decided to come clean and "gave new statements".

He testified how Soh and Quah carried out trades in accounts held at his brokerage firm when they had no authority to deal in the accounts.

About one to two months after each nominee's account was opened, Quah called Mr Ng and told him that she wanted to place orders on behalf of the nominees because they were "very busy". He testified that she also told him to report the trades to her.

After checking with the respective nominees, Mr Ng said all of them agreed to Quah giving trade instructions for their accounts and reporting trades to her.

However, when he mailed third-party authorisation forms to the nominees so they could authorise Quah to give instructions on their behalf, none of them returned the paperwork.

When he spoke to Quah, she allegedly threatened to leave OCBC Securities and go to another brokerage, he said.

Mr Ng said he "feared losing her and her friends as clients", so he didn't press her for the forms and agreed to Quah's arrangement.

He also told the court that he had been taking trade instructions from a "Peter Chew".

"Chew" and Quah would "indicate the account to use, the counter, the quantity and the price to buy and sell at".

Soh and Quah were accused of manipulating the prices of three penny stocks - Blumont Group, Asiasons Capital and LionGold Corp - from Aug 1, 2012, to Oct 3, 2013.

Mr Ng said that it was only after the penny stock crash that he suspected "Peter Chew" was Soh.

When he started chasing Quah for payment of contra losses in some accounts, she allegedly told him to meet her at LionGold's office. She didn't show up, Mr Ng said. Instead, he met Soh, who he knew was "a prominent figure in the stock market".

Soh asked him "what is the problem" and Mr Ng told him about the $1.8 million in outstanding losses in some accounts. 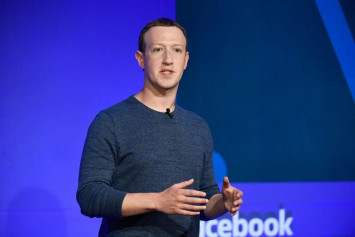 Soh allegedly then told him not to worry and that he would "settle everything" for Mr Ng.

When Soh gave him contact phone numbers, Mr Ng said he realised they were numbers that "Peter Chew" used to call him.

"I asked Soh if he was 'Peter Chew'. Soh just smiled at my question," Mr Ng testified.

When Mr Ng later asked Quah about the losses, she told him that Soh was the "towkay" who had the money and would settle the losses."

Mr Ng said some payments were made but over $300,000 remained outstanding, which he had to settle himself as he "was trading representative of the account and fully liable for the loss."

Separately, prosecutors asked the court to bar two individuals linked to the defendants from attending the proceedings if they are to be called as defence witnesses. They are Ms Quah Su-Yin, sister of Quah Su-Ling, and Mr Ronald Menon, husband of Su-Yin. They were both in court on Wednesday.

Ms Quah Su-Yin was the CEO of ISR Capital, whose stock was allegedly manipulated by Soh.

Deputy chief prosecutor Peter Koy said he was concerned about their presence and asked if the defence is going to call them as witnesses.

Lawyers for Soh and Quah said that they have "no intention" of calling either as witnesses unless there are "further developments".

The trial continues on Thursday (March 28). Mr Ng will be cross-examined.