SINGAPORE - The Online Citizen and its editor have published an article and a Facebook post on the fake news law which contain falsehoods, the Ministry of Communications and Information (MCI) and Ministry of Law (MinLaw) said on Sunday (Oct 6).

MCI said in a post on its Facebook page that the post by TOC's chief editor Terry Xu and the article on TOC's website, for example, "incorrectly assert that ministers can use the Protection from Online Falsehoods and Manipulation Act (Pofma) during the elections to restrict and curtail online content".

"The Act states that for the entire election period ministers cease to exercise their powers under Pofma. Instead, senior civil servants are appointed as the ministers' alternate authorities for the election period," said MCI in the post titled MCI and MinLaw clarification on Terry Xu's FB post and TOC article.

"The robust safeguards on the use of Pofma will continue to be in place during the elections. It is disingenuous to talk about the need for voters to know 'what actually happened', while suggesting that falsehoods should be allowed to go unaddressed during an election period," the ministries added. 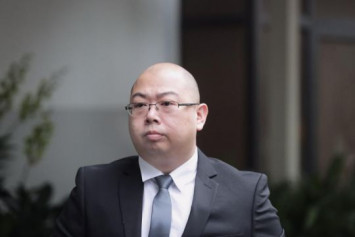 Mr Xu's Facebook post, titled What the POFMA appeal timeframe means in a General Election, was published on Friday (Oct 4) morning. In it, he noted that the Singapore election is typically nine days long from nomination day to polling day, saying that "If someone whistleblows during an election or just prior... the ruling party can throw a takedown or correction order on the story or statement... only for the story to be proven correct after the election is won without the voters knowing what actually happened."

The article by Ghui on TOC's website, titled Has anyone thought about this one way top down enforcement of so called 'fake news'? was published on Saturday (Oct 5). It asked: "Is there a risk of this legislation being used to silence critics for a crucial 9 days in the lead up to an election?"

Pofma was passed by Parliament in May after more than a year of public consultation, including a Select Committee hearing, and took effect last Wednesday (Oct 2).

It defines a falsehood as a statement of fact that is false or misleading, and Government ministers have said that opinions, criticisms, satire or parody will not come under it.

It gives ministers the power to order removal or corrections of online falsehoods, as well as order the blocking of accounts or sites that spread untruths. Those who disregard these orders or intentionally spread falsehoods against the public interest can be sanctioned. Tech firms can be fined up to $1 million, and individuals jailed for up to 10 years.

A person who disagrees with a minister's decision can have his appeal heard in the High Court as early as nine days after initiating a challenge to the minister.

This includes the two working days a minister has to decide whether to allow an appeal, and the six working days the court has to fix a hearing date after an aggrieved person files an appeal and appears before a duty registrar to ask for an urgent hearing.

Posted by Ministry of Communications and Information (MCI) on Sunday, October 6, 2019