The Online Citizen suspended by IMDA over failure to declare funding

If TOC continues to be in breach of the requirements, its class licence could be cancelled by Sept 28.

SINGAPORE - The Infocomm Media Development Authority (IMDA) has suspended the class licence of The Online Citizen (TOC) to run its website and its social media channels.

In a statement on Tuesday (Sept 14), IMDA said the socio-political website has repeatedly failed to comply with its legal obligation to declare all sources of funding since around the middle of last year.

TOC will be required to stop posting content on its website and social media channels immediately and disable them by 3pm on Thursday, IMDA said.

It added that if  TOC continues to operate while in breach of the requirements, it may then take steps to block access to TOC in Singapore.

If TOC “does not provide further information to bring it into full compliance”, its class licence could be cancelled by Sept 28, said IMDA, adding that TOC’s officers may also be held liable for criminal offences under the Broadcasting Act.

“There is no reason for TOC not to comply, as other registered Internet content providers provide this information in order to be transparent about their sources of funding,” said IMDA.

TOC is one of two websites that are currently classified as registered Internet content providers (ICPs) by IMDA. The other is The Independent Singapore.

Past websites that had registered as ICPs include Six-Six News and The Middle Ground, both of which are no longer in operation.

Such websites, which provide content focused on political issues in Singapore and engage in online promotion or discussion of these issues, are required to declare their sources of funding.

"This is to prevent such sites from being controlled by foreign actors, or coming under the influence of foreign entities or funding, and to ensure that there is no foreign influence in domestic politics," IMDA said.

This requirement has been in place since 2013.

Mainstream news websites are not considered ICPs as they are regulated separately under the Broadcasting Act and the Newspaper and Printing Presses Act.

Under the regulations for ICPs, details on the sources of all funding must be declared by default and no foreign funding is allowed.

While subscription and advertising revenue from foreign sources are allowed if there is a clear commercial purpose, the sources must be declared and identified. IMDA said such sources of funding must not be used as a "loophole for foreign influence and funding". 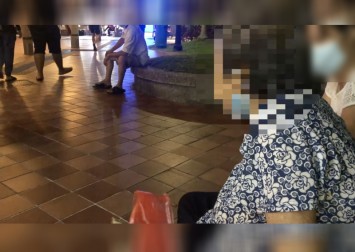 It noted that TOC had offered a subscription framework under which those who paid a $120 yearly fee could have TOC write articles on a specified topic without having to declare their identity.

This is tantamount to allowing subscribers to commission content, which would require the full disclosure of the identity of the source, IMDA noted.

“This is a cause for concern as foreign actors can potentially use this mechanism to pay TOC to write articles that influence domestic politics,” it added.

IMDA said the legal entity TOC Pte Ltd first registered as an ICP in 2018 and declared its funding sources in accordance with the requirements. The Straits Times understands that the TOC website was operated by a different legal entity before 2018.

However, since 2019, TOC has not fully complied with this obligation, IMDA said.

The authority noted that TOC had failed to verify a donor and to clarify discrepancies in its foreign advertising revenue in its 2019 declaration, for which it was issued a warning on May 4 this year.

"For its 2020 declaration, TOC repeatedly failed to declare all its funding sources despite multiple reminders and extensions," IMDA said.

"TOC had also informed IMDA that it does not intend to comply with its obligations under the law." 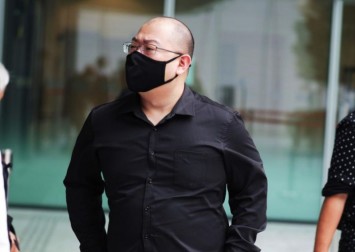 TOC was then given a final opportunity to explain its non-compliance by Monday.

In its response to IMDA on Monday, TOC offered to make a declaration that it was not receiving foreign funding on the condition that the IMDA agrees not to seek further clarifications on its subscription framework and funding sources, the authority said.

But the requirement for TOC and other ICPs to declare their sources of funding is a legal one, and is not a matter for negotiation, said IMDA. It, therefore, rejected TOC's offer.

In a letter to IMDA posted on his Facebook page on Monday, lawyer Lim Tean of Carson Law Chambers, who represents TOC, said the discrepancies were "simple accounting mistakes".

He also accused IMDA of hypocrisy and inconsistency for allowing the Critical Spectator website and Facebook page to comment on Singapore affairs and politics despite it being run by a foreign commentator, Polish national Michael Petraeus.

Mr Lim added that TOC intends to challenge the suspension of its class licence by way of a judicial review.