SINGAPORE - OnlyFans user Titus Low Kaide, whose sexually explicit images had been found on the online content platform, appeared in a district court on Thursday (Dec 30) after he allegedly continued to access his account despite the authorities warning him not to do so.

He is now accused of offences linked to obscene materials.

Low, 22, is believed to be the platform's first content creator in Singapore to be prosecuted for transmitting obscene materials on it.

In a statement on Wednesday, the police said they received a report on Sept 4 alleging that Low had transmitted images and videos of his private parts using his OnlyFans account.

On Oct 11, the police seized the account and served him an order under the Criminal Procedure Code. As part of the order, Low was told not to access the account.

The police added: "(He) was warned at the time when the order was served that a breach of the order would amount to a criminal offence.

"Despite that, (he) allegedly wrote in to the OnlyFans administrators, claiming that his account was not secured, and a password reset was done." 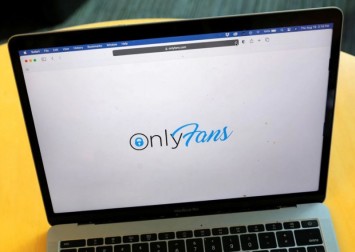 On Nov 1, he was served with a fresh order under the Criminal Procedure Code not to access both OnlyFans accounts.

The police said they are conducting further investigations into possible fresh offences including a further breach of the order served last month.

They added: "The police would like to remind the public that it is illegal under the Penal Code to transmit any obscene materials by electronic means.

"It is also against the law to take part in or receive profits from any business where obscene materials are transmitted by electronic means or advertise the sale of obscene materials. Members of the public may wish to lodge a police report if they are aware of persons engaging in such activities."

Low's case has been adjourned to Jan 20.