In his Facebook post, the Leader of the Opposition wrote that such a move "is not just a moral imperative, it is an act of national solidarity, one that is even more relevant in today's economic environment".

His comments follow an announcement on Sunday (Oct 11) that a workgroup comprising the Government, labour movement and employers will be formed to look into raising the salaries and well-being of low-income workers.

This will include studying how Singapore's tripartite partners can further expand on the Progressive Wage Model (PWM) and partner companies to raise productivity.

Mr Singh noted that the Government's minimum wage-plus approach includes other aspects such as sectoral productivity and career progression, which "cannot be objectionable".

But the problem with this sectoral approach towards minimum wage is that it takes too long to implement, he said.

"It has been eight years, with three sectors covered. This is far too long for Singaporeans who work outside these sectors," he added.

The PWM, which started in 2012, is a framework where wages are pegged to skills, productivity and career development. It now covers around 80,000 workers in the cleaning, security and landscaping sectors.

Mr Singh asked the workgroup to consider a parallel effort to implement a universal minimum wage with a $1,300 base that is subject to regular review, even as it explores sectoral improvements "or what is effectively the plus side of minimum wage-plus".

He said: "I hope employers, businesses, unions and the Government consider this issue as one that goes far beyond dollars and cents, but as a fundamental basis of our national solidarity."

The ruling People's Action Party has rejected calls to implement a minimum wage, including during the debate on the President's Address last month when WP MP Jamus Lim mentioned it in a broader speech about having compassion in policymaking.

In response, PAP MPs like Minister of State for Manpower and Education Gan Siow Huang warned that a minimum wage would result in low-wage workers losing jobs.

Senior Minister Tharman Shanmugaratnam pointed out that the existing PWM and its sectoral approach enable the minimum rung to be set at suitable levels for each sector, whereas a single national minimum wage would force a decision on where to place it - which could be too low or too high. 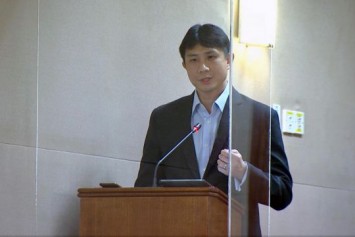 In a speech during the debate, Manpower Minister Josephine Teo noted that in the last five years, workers in PWM sectors have seen cumulative wage growth of around 30 per cent, compared to 21 per cent for workers at the median.

Former nominated MP and Singapore University of Social Sciences economist Walter Theseira told The Straits Times that a universal minimum wage would effectively be a PWM covering sectors where the prevailing wages are at, or close to, $1,300.

"The questions are: What are those sectors? How many workers are impacted? And for those who are significantly below the $1,300 floor, what will happen to them?

"For those further from (the floor), there is the possibility of displacement, which does not mean permanent unemployment. It could mean shifting to another job," he said.

There is a lack of research on the topic in Singapore, as well as detailed data on occupational wage distributions, he added.

"Having a sense of how many people are uncovered (by the PWM) would be helpful."