The appearance of opposition party leaders at Dr Tan Cheng Bock's house on the second day of Chinese New Year has renewed discussion on whether a coalition could be on the cards.

Many posted photos of their time on Facebook, including Dr Tan, a former People's Action Party MP who said last month he had applied to the authorities to register a new political party: Progress Singapore Party.

Observers said they did not think it indicated the opposition parties were making strides towards forming a coalition led by Dr Tan - an idea discussed by seven parties last July at a meeting the WP did not attend.

One significant photograph was Dr Tan posing with Dr Chee and Dr Tambyah and Mr Singh, which was posted on Dr Tambyah's Facebook page.

Read Also
What celebs got up to during #CNY2019 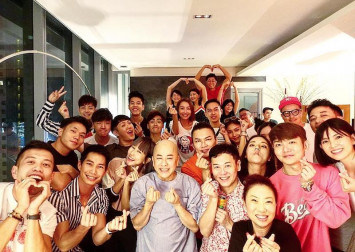 The WP has been known to be hesitant in affiliating itself with other opposition parties.

PPP's Mr Goh said: "Maybe Mr Singh has a different leadership style after all, walking out of Mr Low's shadow. It may be good for opposition unity."

Dr Felix Tan said pundits should not read too much into the WP's appearance, as "the WP may still stick to its position of not forming a coalition".

Associate Professor Tan Ern Ser of the National University of Singapore said the gathering gives the image of opposition unity.

Asked what was talked about, Dr Tambyah said: "We are generally in agreement that... fundamentally, Singapore needs some changes and more transparency and accountability.

"We (the opposition parties) will definitely work together. It's the nature and shape that will take some time to decide."