Singapore Airlines crew arriving at Changi Airport in June. The no-pay leave scheme and letting staff seek secondary employment are part of several cost-cutting measures the SIA Group has introduced as the pandemic rages on.

More than 6,000 of the 27,000 staff from the Singapore Airlines (SIA) Group have taken no-pay leave of varying lengths to help the company cope with the collapse in air travel due to Covid-19.

In addition, more than 1,700 employees, including ground staff, pilots and cabin crew, have signed up for volunteer positions and jobs in external organisations.

Its spokesman said it has been arranging temporary and secondary job placements for its staff.

"These include ambassador roles and opportunities at public transport stations, social service offices and hospitals, for example," said the spokesman. "Many of our crew have also volunteered with various roles within the company."

Staff can apply for the external roles through SIA's employee support portal.

They can also tap online financial, mental and physical wellness programmes if needed. 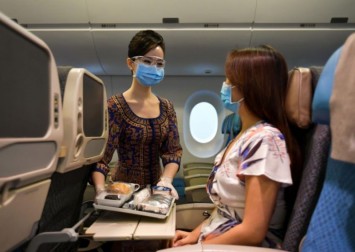 The no-pay leave scheme and letting staff seek secondary employment are part of several cost-cutting measures the airline has introduced as the pandemic rages on.

ST understands that the SIA Group's pilots and cabin crew who are not flying still get their basic pay, but they do not get flight allowances which substantially increase their pay.

For staff who are now attached to other organisations, it is understood that their pay varies.

SIA helps to supplement the salaries of those earning less than their basic pay, which can be around $1,500 for a cabin crew member.

The SIA Group, unlike several other airlines, has thus far managed to stave off job cuts, with the help of funding from Temasek and the Government's Jobs Support Scheme.

But it is currently operating at just 7 per cent of its scheduled capacity as compared with before the pandemic. Some cabin crew have yet to take to the air in months.

Last month, it reported a $1.12 billion net loss in the quarter ended June 30, its largest quarterly loss on record.

Air travel demand is expected to remain low for the foreseeable future, with the International Air Transport Association saying that it will be until 2024 before demand returns to last year's levels.

Read Also
Singapore Airlines reports $1.12b loss in Q1 due to Covid-19 pandemic 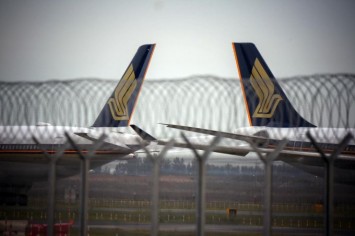 Experts have said the various measures, which include raising $11 billion so far this financial year, will help the SIA Group - but not likely to the extent that it can avoid eventual job cuts.

This is so given that airlines are overstaffed for current demand levels, and a quick recovery is nowhere in sight.

Singapore's other airline, Jetstar Asia, announced in June that it was cutting about 26 per cent - or about 180 - of its jobs.

The majority of its remaining staff have also been put on furlough at least until the end of this year, and are currently receiving sustenance pay.

Like the SIA Group, Jetstar Asia has also deployed staff to external roles. It told ST last month that more than 300 staff have been deployed to roles in public and private sectors to help fight Covid-19.

In the meantime, the SIA Group said its flight staff - about 3,200 pilots and almost 11,000 cabin crew - have kept their skills current in spite of the drastic fall in flights.

Its pilots are now using more e-learning resources on top of simulator training. Those who have not flown for a while are given additional training.

Pilots must then undergo the required proficiency checks before returning to operational flying.

For cadet pilots, ground training continues, although simulator training has been suspended.

As for cabin crew, they have been undergoing a regular online programme approved by the Civil Aviation Authority of Singapore, said the SIA Group spokesman.

She added: "Cabin crew are also required to complete and pass online operational and fleet recency training and tests to ensure their qualifications remain current during this period.

"They are also scheduled to attend ground training courses and must pass all required safety drills."

Staff will be prepared, as slightly more planes from SIA Group and Jetstar Asia will be taking to the skies in the coming months.

SIA said its passenger capacity will increase to about 8 per cent of pre-Covid-19 levels by end-October.

Jetstar Asia, meanwhile, will fly to five more destinations, including Jakarta, from today.

Skills training for over 8,000 flying crew members in past 4 months

More than 8,000 flying crew members have gone for skills training in the past four months with the help of the airlines and unions.

The crew have been able to access virtual training amid the Covid-19 pandemic.

The National Trades Union Congress (NTUC) has also been working with the Singapore Airlines Staff Union and Scoot Staff Union, which represent crew, to help them find secondary jobs.

Read Also
SIA cuts all rank-and-file staff's pay by 10 per cent, in talks with unions on more measures 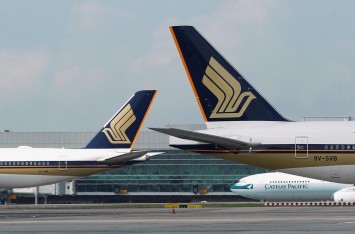 Mr Ong Hwee Liang, chairman of NTUC's Aerospace and Aviation (A&A) cluster, said: "Since the start of Covid-19, the NTUC A&A cluster together with affiliated unions... have been working closely with management partners in the key areas of helping to mitigate flying crew's income loss and secure their livelihoods, as well as in leveraging the downtime to upskill and reskill the workforce."

He said SIA Group crew members have been temporarily placed with employers such as FairPrice, People's Association and Gong Cha.

He added that the A&A cluster has also worked with NTUC's e2i (Employment and Employability Institute) to help Jetstar Asia in its outplacement efforts and identifying secondary job opportunities for its crew.

About 850 crew members have tapped the NTUC Care Fund (Covid-19) that gives eligible union members a one-off relief of up to $300.

Eligible crew members have also been directed to assistance schemes such as the Temporary Relief Fund.