Ownership of wedding photos will soon belong to photographer, not newlyweds

A creator's copyright ownership can be waived in contracts during negotiations even with the change.

SINGAPORE – Newlyweds who engage a photographer to take photos of their wedding day now own the rights to the photos by default.

But a change to the Copyright Act will grant the rights to the photographer instead.

The couple would then have to negotiate with the photographer if they want the rights to be transferred to them.

The change is expected to kick in around November after amendments to the Act were passed in Parliament on Monday (Sept 13). It follows from a wide-ranging review of the legislation done by the Government that included public consultations since 2016.

Some MPs who spoke on the changes were worried that members of the public would be caught by surprise with the switch in rights ownership for wedding photos and videos as well as other images they hired photographers to shoot, such as for birthday celebrations and family functions.

The change is part of a move that will allow creators of photographs, portraits, engravings, sound recordings and films to be the default first owners of the copyright, even if they are commissioned to make them.

Currently, the commissioning party or employer has default ownership. In the wedding photos example, this would be the newly married couple.

The amendment will put the creators in the same position as the originators of other commissioned works - such as songs, computer graphics and books - who have the copyright ownership from the get-go.

But a creator's copyright ownership can be waived in contracts during negotiations, even with the change.

Mr Lim Biow Chuan (Mountbatten) was worried that without a written agreement for a consumer to retain ownership of the copyright of his photos taken by the photographer he hired, the latter may be able to retain these personal photos.

He asked if it was possible for the consumer to be able to make an oral agreement with the photographer so he does not accidentally lose the rights to "his personal photos or video recording just because he forgot to sign a written contract".

"I believe many individuals may not be comfortable that the photographer... is entitled to keep these photos in his portfolio," said Mr Lim.

He also proposed a readily available template agreement that people can use to help them negotiate and retain rights to their photos or videos.

Nominated MP Raj Joshua Thomas said that consumers may also be in for a rude surprise on realising they may have to pay more to have the photo rights transferred to them.

He urged for more public education on the change of rights issue and what they can do.

Second Minister for Law Edwin Tong said the Government would look into public education efforts so that various stakeholders, including the public, understand the new rights.

On the suggestion on oral agreements, he said there would be difficulties presenting them as evidence when there is a dispute.

"The intention here is not to add on a further overlay of disputes," said Mr Tong, who is also Minister for Culture, Community and Youth, adding that consumers are typically more vulnerable.

"If oral agreements are allowed, it's often going to be one man's word against the other."

But Mr Tong said the Government will consider Mr Lim's suggestion to have a template for written agreements of copyright ownership. 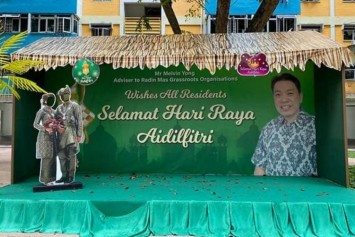 But Mr Tong said that legislating negotiating power would not be possible. He explained that the changes to the law would not be able to take into account "the relative considerations in every commercial negotiation".

Instead, he suggested that creators, who could be freelancers and small business owners, consider coming together to form industry associations to develop industry best practices to represent them.

There was also concern over a potential loophole in another change to the Act that would ban the sale of set-top boxes that offer access to pirated online streams of movies and shows.

Mr Lim was worried that people would still be able to buy illegal set-top boxes from other countries.

The ban here is expected to also kick in around November when most of the Copyright Act amendments come into effect.

To this, Mr Tong said the prevalence of such copyright-infringing devices and services is a global issue.

"Different countries are at different stages of dealing with this issue. Eventually, it is likely that these devices and services will also be banned or legislated against in other countries too," he added.

Some key changes to Copyright Act

- When creative works are used in public, including distributing them online, the creator or performer of the content has to be identified and credited. These include viral dance videos and photos of paintings in an art gallery.

- Creators of photographs, portraits, engravings, sound recordings and films will be the default first owners of the copyright, even if they are commissioned to make them. But the ownership can be waived during negotiations.

- Selling set-top boxes that offer access to pirated online streams of movies and shows will be banned. The changes also apply to any commercial dealings of pirated works through devices or services, including offers to sell such works.

The criminal penalties are now clearly spelt out.